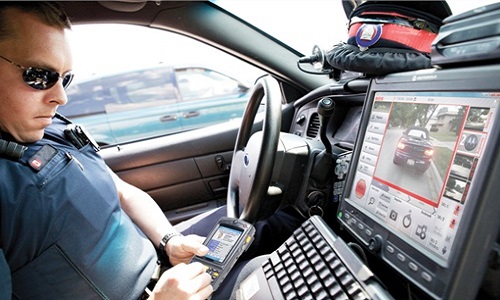 Toronto, Ontario — December 3, 2018 — Strathroy-Caradoc police have a new set of eyes on the road thanks in part to a provincial government grant.

The device, which can read up to 1,800 license plates a minutes, will assist police in finding cars without valid plates, drivers with suspended licenses and even stolen cars. It will also be used to monitor the province’s “hot list.”

“For example, say we had a vulnerable community member who we believe was involved in the human trafficking industry we could enter their name and vehicle information onto this hot list,” said Campbell.

“If by chance this car was picked up or scanned in another community, we would get an alert back saying there was a hit on this person or vehicle.”

The device has a price tag of $50,000 and was purchased using a grant from the Ontario Civil Remedies Program. The program is a government run initiative that redistributes illegal assets, such as cash, homes and vehicles used by criminals and later seized by the crown.

“We don’t have a lot of our members dedicated to what you would refer to as a traditional intelligence unit, so this tool increases our intelligence-gathering capability while being deployed by a uniformed member,” he said.

The Strathroy police service was one of six law forces in southwestern Ontario that received funding.