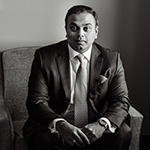 With decades of experience in the technology and automotive sectors, Shenai has been instrumental in expanding strategic collaborations with FedEx, Uber Freight and Schneider

PITTSBURGH–(BUSINESS WIRE)–$AUR #aurora–Today, Aurora Innovation, Inc. (NASDAQ: AUR) announced the appointment of Nolan Shenai as General Counsel. Shenai previously served as Aurora’s Interim General Counsel from June 2022 and Deputy General Counsel from August 2020. Shenai has more than 15 years of experience as a practicing attorney, including almost a decade in the automotive and autonomous vehicle industries. 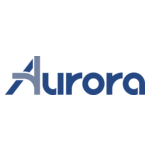 “Developing self-driving technology is one of the greatest challenges of our generation; building and protecting our technical leadership is critical to Aurora’s continued success,” said Chris Urmson, Aurora’s Co-Founder and CEO. “Nolan has deep commercial and technical expertise and has been a key driver in preparing Aurora for commercialization of its technology and protecting technologies at the foundation of Aurora’s business. I’m confident that with Nolan’s support, Aurora will continue to drive toward commercial success.”

Since joining Aurora in August 2020, Shenai has played a critical role in helping the company shepherd key strategic collaborations with industry leaders like FedEx, Uber Freight, Schneider, and Werner. Prior to joining Aurora in August of 2020, Shenai held leadership positions at Waymo and at Jaguar Land Rover. He began his career in private practice as a commercial litigator at Clark Hill PLC and Obermayer Rebmann Maxwell & Hippel in Philadelphia. Shenai received his JD from Vanderbilt University and his BA from the University of Pennsylvania, where he is also an adjunct professor and teaches on the law of autonomous vehicles. Shenai also holds a Masters of Letters degree from the University of St. Andrews in Scotland.

“I’m thrilled to take on this expanded role working with our teams as Aurora ushers in a new era for autonomous trucking,” said Shenai. “Aurora’s unprecedented focus on safety is at the core of our development and there are fascinating technical and commercial integration aspects we’re solving together.”