Tuesday Ticker: Ton Buechner steps down as CEO of AkzoNobel 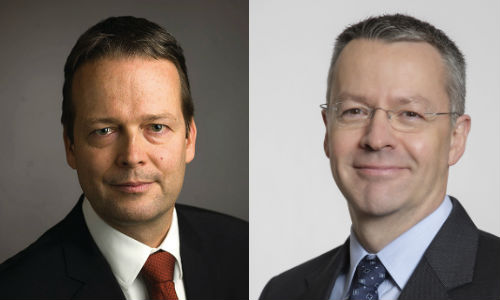 Toronto, Ontario — July 24, 2017 — In this week’s edition of Tuesday Ticker we look at the recent resignation of AkzoNobel’s CEO Ton Buechner, the impact of rising prices for raw materials on PPG’s results, Sherwin-Williams’ first earnings report since the Valspar acquisition and much, much more!

The coatings manufacturer announced its second quarter earnings in a conference call July 20. Net sales for the second quarter were an amazing $3.8 billion. Earnings per share (non-GAAP) were $1.83, up 6 percent year-over-year. Overall sales were up less than 1 percent in the quarter according to the company, as it continues to deal with rising costs for raw materials. According to a press release, “We have additional pricing actions that are being initiated and implemented in all businesses in all regions in the third quarter to further offset raw material inflation and will continue to work collaboratively with our customers on an individual basis.”

The company expects the second quarter to be a difficult one in terms of rising costs of raw materials. Nevertheless, “We will continue to experience year-over-year raw material inflation in the third quarter … [But] we are entering a seasonally slower period which will decrease the overall demand for the commodities we buy. Additionally, we have expanded our research work team focus on raw material efficiency and innovation. And they are working on projects to decrease or expand the supply base for certain raw materials we purchase.”

The company also announced that the, “… automotive OEM coatings business is once again outpacing global automotive build rates. In the second quarter, our volumes were up over 1 percent versus the decline of about 1 percent in the global industry auto-builds.” However, automotive builds have moved “past mid-cycle,” according to the PPG execs. The company also announced that it expects a solid refinish market in the months ahead. The number of “… miles driven continues to be a positive for refinish,” according to the company. The good news wasn’t enough for some analysts, however. Merrill Lynch downgraded PPG from Buy to Neutral with a price target of $115.00. Shares of PPG were recently trading around $106.50.

A report on Seeking Alpha notes Sherwin-Williams reported financial performance for the second quarter ending June 30, 2017. The recent acquisition of Valspar helped. Net sales at Sherwin increased to $3.74 billion, a 16.0 percent increase from the same period a year ago. Revenues increased 12.1 percent from the same period in 2016. The majority of that out-performance was a result of the recently-acquired Valspar business. Valspar had annual revenues of about $4 billion and 11,000 employees. It is bringing in a huge amount of business. According to the report, “The transaction created an 11.8 percent and 6.6 percent boost to quarterly and six-month sales, respectively … For the full-year of fiscal 2017, the Valspar transaction is expected to create $2.50 per share of acquisition-related charges. This comes after Sherwin-Williams incurred $0.86 of acquisition-related expenses in fiscal 2016. This has not been a cheap transaction so far. However, the Valspar acquisition remains highly accretive to per-share profits despite these expenses.”

Reuters reports this week that the Chief Executive Officer of AkzoNobel, Ton Buechner, “… has stepped down for health reasons.” According to Reuters, this means it’s up to his successor, “… to deliver the higher sales and margins promised when the Dutch paintmaker fended off a US takeover attempt this year.” This is going to be a tough job. It’ll be up to the leader of the chemicals division, Thierry Vanlancker, to produce the promised investor returns.

In his resignation statement, Buechner said: “For me this was an extraordinarily difficult decision to make but my focus must now be on my health.” Vanlancker is the person assigned to take Buechner’s job as part of “… emergency contingency planning,” according to the Reuters report. Buechner promised the sale or initial public offering (IPO) of AkzoNobel’s specialty chemicals division if the PPG offer could be fended off. The Reuters report notes that, “Vanlancker previously worked for Chemours, which was spun off from DuPont in 2015.”

Outside analysts noted that the change in CEO was “neither an indication that a renewed PPG bid with a higher success chance might occur nor that the activist investors were successful.” According to the analysts, “AkzoNobel’s supervisory board was the main obstacle to a merger and said the company’s operations have likely been suffering from higher raw material prices for key paint ingredients.”

AkzoNobel is set to report second quarter earnings on July 25.

– Hedge fund firm Elliott Management has asked the board of AkzoNobel to respond to its concerns about the nomination of a new CEO and confirm the date of a shareholder meeting to vote on the appointment orf Vanlancker.

According to a report in the Financial Times, the hedge fund indicated that failing to do so would “exacerbate the crisis of confidence between AkzoNobel and its shareholders.” The report went on to suggest that, “Elliott said it was making its questions public after AkzoNobel refused to engage and after it canceled a recent meeting with the US activist at short notice The hedge fund is currently pursuing court action to oust Chairman Antony Burgmans, whose third term on the supervisory board ends in 2018, over the rejected PPG bid. Elliott also called on AkzoNobel to urgently clarify the views of the new CEO and the supervisory board on the separation of the Specialty Chemicals business and the credibility of Akzo’s 2020 targets. In their struggle to prevent a merger with PPG, Buechner and Burgmans in April promised higher sales and margins. Elliott said these goals were not considered credible and indicated that they should largely determine the management team’s pay, with clawbacks if targets were missed.”

GPC, the parent of NAPA Canada, has announced that automotive sales were up 3.6 percent from last year and improved from the 3.4 percent increase in the first quarter.

“In our US operations, total sales were up 4 percent in the second quarter … Across our customer segment sales to retail DIY customer outperformed our sales to [commercial accounts] … The retail-end customer has more choices today than ever before, so it’s encouraging to see our initiatives driving growth in our retail segment,” according to the transcript of the earnings call. The company expects a solid aftermarket business in the months ahead. According to the execs, “Moving on to the trends we are seeing across the US automotive aftermarket, the long-term fundamental drivers for our business remain sound. The size of the vehicle fleet continues to grow, the average age of the fleet is up to 11.7 years … As a result, we expect to see further increases in miles driven and, ultimately, driving additional parts purchases.”

The company also noted that, “At NAPA Canada, both total sales and comp sales improved in the mid-single digit range, which is consistent with the first quarter results. Our Canadian team is performing at a high level and they’ve laid out an effective strategy to expand sales across Canada. In addition the industry is benefiting from a more favorable sales climate driven by an improving overall economy and positive industry fundamentals … These factors bode well for the future of the Canadian automotive aftermarket and we are optimistic for continued outsized growth at NAPA Canada over the second half of the year.”

Upcoming Earnings Reports
A number of the large players we follow in this space are set to announce their second-quarter results later in the near future. LKQ will announce its second-quarter fiscal 2017 results before the market open July 27. Uni-Select issues its quarterly results on July 25. Analysts expect the company to announce earnings of $0.36 per share for the quarter.
Looking a little further ahead, Axalta Coating Systems will host a conference call to review its second quarter 2017 financial results at 8 a.m. ET on August 3, 2017. AutoCanada will release its financial results for the quarter on August 10, 2017 after market close.

Our US-based content partner, Repairer Driven News, reports on a survey of the US auto insurance market that finds property and casualty insurers are likely to incur losses in private passenger auto in 2017, according to the S&P Global Market Intelligence report.

The good news for collision repairers: “… efforts to mitigate such costs so far haven’t included major changes in claims handling,” according to the report.

The survey anticipated a combined ratio of 105.9 for the private passenger auto insurance sector. A combined ratio of 100 means an insurer is breaking even, anything below 100 indicates profit; anything higher is a loss. S&P predicted net incurred losses in the private passenger auto segment will grow nearly 7 percent to a record of about $154 billion in the US this year. The firm attributes the increases to “elevated volume and cost of claims … Auto losses soared by 13 percent in 2016 due to unfavorable claims experience for the underwriters, leading carriers to broadly pursue rate increases.”

According to the report in Repairer Driven News, “The good news from a collision repair perspective: “Carriers aren’t looking to claim thriftiness as a solution to their loss ratios” and quotes S&P Global Market Intelligence’s Senior Research Analyst Tim Zawacki as noting that, “We have not observed any broad shift in claims-handling practices, but that will continue to bear watching to the extent losses keep rising … As we’ve noted before, insurers might be losing money once non-claim expenses like ads and overhead are factored into the combined ratio calculation. But from a pure premium to claims payout perspective, they’re making double-digit margins.”