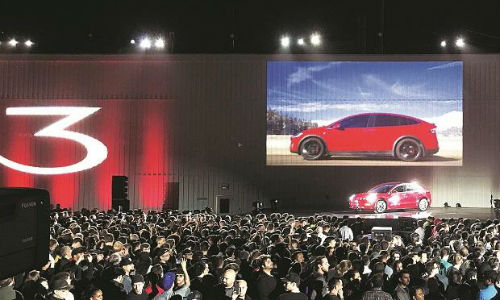 Toronto, Ontario — October 9, 2017 — This week’s Tuesday Ticker looks at why stock markets continue to surprise on the upside, private equity funds prepare for AkzoNobel’s upcoming divestment, Tesla short sellers finally pay off, and much, much more!

The Dow Jones hit another record high this past week, jumping 113 points last Thursday to close at about 22,775. The S&P 500 also posted the longest winning streak since 2013, closing at 2552. At a time when many market watchers are worried about stagnating corporate earnings and reduced consumer spending as baby boomers retire in greater numbers, it is no surprise many market watchers are questioning whether current stock market levels are sustainable.

One analyst suggested that the current valuations are only rational assuming Donald Trump gets big tax cuts passed. That is, the market is already pricing in a tax cut, even though such a cut is far from assured. As well, the Chief Economic Advisor of insurance giant Allianz recently noted that a global “synchronized economic recovery” is not strong enough yet to warrant high asset prices.

On the other hand, there are some positive bits of economic news out there. The September ISM Manufacturing Index came at its highest level in 13 years, suggesting American factories have solid order books. Among the newly positive market stories is Sherwin-Williams. The synergies promised by those steering the acquisition have materialized and are helping drive earnings growth at the paint maker.

In addition, September’s auto sales were stronger than expected, at least partially due to the recent hurricanes that destroyed up to half a million cars.

Axalta
Axalta Coating Systems updated its third quarter and 2017 full year financial guidance. According to a press release, several factors have combined to temper the outlook on earnings over the rest of the year. The factors include the impact of recent natural disasters, shifts in the amount of working capital left with distributors and a projected widening of the gap between raw material input costs and customer price increases.

According to Axalta execs, the company now expects third quarter earnings to be in a range of $205 to $215 million, while full year earnings should come in around $870 to $900 million. As well, net sales for the third quarter of 2017 are expected to be between $1.08 and $1.10 billion, while full year net sales are expected to grow between 6 and 7 percent.

BASF
Kurt Bock, the CEO of BASF, recently discussed the ways in which the company has ‘pruned’ its portfolio of businesses. Over the past several years the company has exited the polyolefin, fertilizer, styrene and gas trading businesses. Over that same time the company has bulked up through mergers and acquisitions in other areas. In September the company announced it acquired a company called Solvay, which is in the polyamide (nylon) business. The €1.6 billion acquisition will close in the third quarter of 2018. The CEO is quoted in a report by ICIS as saying, “… for us it’s a very nice combination, essentially providing a fuller product portfolio for our customers industries, especially automotive.”

LKQ
Ryan Merkel, an analyst with brokerage William Blair, released a report on parts recycler LKQ last week. According to the report, the recycled parts sector is the place to be and LKQ is a strong investment: “We remain positive on shares, believing that improving North American organic growth and execution in Europe will drive double digit EPS growth during the next several years. Management sounded confident on the company’s many opportunities for growth and margin expansion in the years to come. Given lost business days in Florida and Houston during the third quarter, we trimmed our sales forecast by $30 million and EPS by $0.02, to $0.43.”

“We estimate 0.5 percent North America parts and services organic growth for the third quarter, with nearly [3 percent] of year-over-year impact from the hurricanes and one less selling day. [Nevertheless] LKQ is one of our top ideas and we see room for shares to rise to $45, or 25 percent upside. We believe EPS of $2.40 is achievable in 2019 in a bull case assuming global organic growth of 5 to 6 percent and execution on M&A … tailwinds include shift to younger car parc … salvage yard expansion, and normal weather. Our rating is Outperform … as insurance companies look to lower claims costs (many insurance companies are already over 40 percent). We believe it will be five years until we see higher prices from repairing cars with more expensive parts such as sensors.”

AkzoNobel
A report by Reuters notes that private equity firms are beginning to scramble to line up financing in anticipation of the coming sale of AkzoNobel’s Specialty Chemicals business. The divestment was announced during the recent takeover battle with PPG. AkzoNobel management committed to the sale to avoid a takeover. According to Reuters, AkzoNobel hopes to receive first-round bids by the end of this year. A final sale could follow by March 2018. Some of the firms said to be working on arranging financing for a bid include the legendary firm Kohlberg, Kravis & Roberts (KKR), as well as Bain Capital (the place where Mitt Romney made his fortune) and the Carlyle Group.

According to an unnamed source quoted in the Reuters story, “Carlyle may have a slight advantage in this process as it had discussed an asset swap of (former portfolio company) Axalta with Akzo before the Axalta IPO.”

It is expected bids for the division could be as much as 9 billion Euros. The firms in the run for the business will likely use leveraged loans and issue high yield bonds to finance the bids once AkzoNobel kicks off the sale, a process expected to get underway this month.

Tesla
Shares in Tesla fell 2.5 percent last Tuesday as the auto maker was forced to admit that it has produced only a fraction of the cars it said it would be producing by this point. Elon Musk may be flirting with a lawsuit from shareholders so badly has the company missed its stated goals. Musk had promised that Tesla would be producing its new Model 3 car at rates of “thousands per week” by this point. The company is nowhere close.

The building the production line is based in was still under construction up to a couple weeks ago. So bad are the bottlenecks in production that workers are said to be producing some parts by hand for the car. A story on Business Standard quotes Dennis Virag, a manufacturing consultant who has worked in the automotive industry for 40 years, on just how preposterous that is. “That’s not how mass production vehicles are made,” he said, according to the report. “That’s horse-and-carriage type manufacturing. That’s not today’s automotive world.”

So far Tesla has delivered just 220 of the promised cars. Elon had said the company would be producing 1,500 cars a week by the end of September, and 5,000 a week by the end of 2017. It was only in May of 2016 that Musk predicted that he would produce between 100,000 and 200,000 Model 3s in the second half of 2017. That goal is way out of reach now, it seems. As a result, analysts are now slapping an ‘underperform’ rating on the stock, while shares, which had risen in price by 60 per cent, are now down 11 percent over the past week. That’s made the many short sellers in the stock some good money. One estimate is that investors betting on a decline in the share price have made $72 million over a two-week period.

Musk is known for his aggressive business predictions, but some wonder if he’s close to being guilty of misleading investors. Tesla is now burning through money at a rapid rate ($2 billion in the first half of the year). At the same time competitors are beginning to come to market with other electric vehicles. It’ll be interesting to see if the North American Rocket Man can hold on.