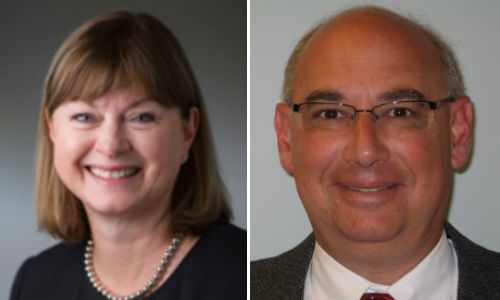 Toronto, Ontario — May 22, 2017 — This week’s Tuesday Ticker brings you the latest news on the attempted takeover of AkzoNobel by PPG, the election of new trustees at the Boyd Group, how investors may be worried about the effect of the Trump presidency on the US economy and much, much more!

– The ongoing drama between AkzoNobel and PPG continues to play out as six institutional investors in AkzoNobel have filed to participate “or speak against” the AkzoNobel board as the story moves to an Amsterdam courtroom. PPG has made three bids for AkzoNobel, and all have been rejected.

The shareholder bringing the suit is Elliot Advisors, an activist hedge fund from the US. The fund is asking the court to investigate whether the behaviour of the board was against the rights of shareholders. Court documents show that major investment funds including Templeton Investments, Tweedy Browne, and the Universities Superannuation Scheme have filed to speak at the hearing.

Markets seem to expect that a deal will not go through. Shares in AkzoNobel are now trading at about 76 Euros, far below PPG’s last offer of 94.39 Euros per share. If speculators thought the deal would go through, then the current share price would be much closer to the offer price.

– Boyd Group Income Fund has released the results of elections for trustees of the company held at the annual meeting. A new member of the board is corporate Canada heavyweight Violet (Vi) A. M. Konkle, who was most recently President and CEO of The Brick chain of home furnishing stores. Konkle has also held leadership positions with Walmart Canada and Loblaw Companies. Also elected to the board is Robert Gross, Executive Chairman of Monro Muffler Brake, the largest chain of company-operated automotive undercar repair and tire service facilities in the US. Gross served as CEO of Monro from 1999 until October 2012.

– Axalta Coating Systems received an award for its AXS colour matching app from the American Marketing Association (AMA) last week in Houston. “Being selected by the AMA awards committee is an honour,” said Kristen Boyd, Axalta Industrial Marketing Manager, North America. “This tool provides the powder coating industry a quick and simple way to choose the best colour for their product.”

– Uni-Select was rated “market perform” by analysts at BMO Capital Markets in a note to clients. BMO has a price target of $34.00 on the stock, which is more than 16 percent higher than the stock’s current price. Scotiabank reissued an “outperform” rating and a price target of C$38.00 on shares of Uni Select.

– Are investors finally beginning to worry about the effect Donald Trump is having on the US economy? That was the talk in markets this past week as the Dow Jones industrial average plunged over 300 points last Wednesday. The dive in share prices came after news emerged that Trump had dumped the Director of the FBI, James Comey. News also emerged that Trump had asked Comey to cut short the investigation into ties to Russia. It wasn’t long after Comey asked for more resources to continue the investigation that Trump announced he was getting rid of Comey. One market analyst commenting on the sharp sell-off in stocks was quoted as saying, “This is clearly Washington-driven … It’s a lot like 1998-99, when the market had to deal with the [Monica] Lewinsky scandal.”

– A new research paper from a group called the Committee for a Responsible Federal Budget suggests that Trump’s campaign promise to deliver 4 percent GDP growth for the American economy is remarkably unrealistic. Market experts have been debating whether long-term growth prospects are now permanently lower as a result of structural changes in the economy. So far this decade the American economy has averaged growth of 1.8 percent, much lower than the 3 percent that was common in the 1990s and early 2000s. According to a spokesperson for the committee, an assumption that growth will be closer to the lower number rather than the higher one is more responsible.

– Ford Motors announced this past week it is cutting 10 percent of its salaried jobs. The slowdown in auto sales has companies hustling to get lean. In the first four month year Ford’s sales are down 5.6 percent. The company announced it would not cut jobs around autonomous driving tech and ride sharing. One analyst suggested that a misstep on the part of Ford was to sell only a full-size aluminum truck to pickup buyers. Over that time GM began offering compact pick-ups. Since then GM began selling more pick-ups than Ford, which is now “scrambling to reintroduce its compact Ranger pickup” to the market to catch up. Ford stopped selling the Ranger in the US in 2012. It won’t hit the market again for another two years.

– A recent report form CIBC Capital Markets says the Bank of Canada needs to start talking up the loonie, which is “under attack” by international speculators who are convinced the Canadian economy is in a tough spot. According to CIBC economist Benjamin Tal, “We’ve spent hours over the past few weeks talking to bloodthirsty global investors that are largely influenced by Trump’s tweets on NAFTA and the Home Capital saga … The loonie and Canadian financial (stocks) are off by roughly 3 percent recently.”

Home Capital is a so-called “B mortgage” lender that provides money to potential home buyers who may have been passed over by the big banks. The company had a recent brush with death, when the Ontario Securities Commission (OSC) launched proceedings against the Toronto-based mortgage lender and some of its current and former executives. The OSC alleges the company mishandled a scandal involving falsified loan applications and this has spread worries about a potential collapse of a housing bubble in Canada.

At the same time, international investors seem worried that a renegotiation of NAFTA could be tough on the Canadian economy. As a result, international currency speculators have ganged up on the loonie, pushing it down. Tal thinks they are missing the real story in Canada. According to a report, “Tal argues the negative sentiment around Canada’s economy is unfounded — the result of global traders who have little knowledge of the country … He noted Canada’s economy is expected to clock a scorching 4 percent growth rate for the first quarter of this year; employment growth has been strong; and business investment, the key driver of job growth, is bouncing back.” According to Tal, “You can’t blame global fund managers for having only limited knowledge of our economy … But sometimes, a little knowledge is worse than no knowledge.” Tal wants to see “more positive language from the Bank of Canada.”

PrevPreviousAuto claims satisfaction rises for second year in a row
NextLeal of Fix Auto, Orser of 3M and Vasto of Vast-Auto join AIA Canada Board of DirectorsNext