Tuesday Ticker: LKQ gets out of glass, AkzoNobel signs a deal with BASF and 3M outlines expectations 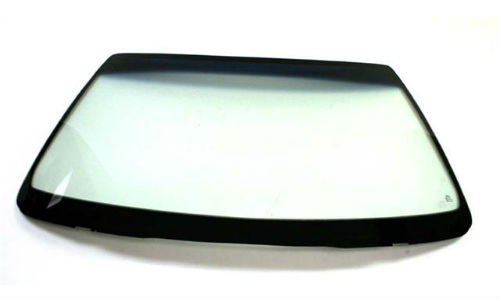 Toronto, Ontario — December 19, 2016 — Tuesday Ticker is our weekly feature looking at the recent moves and news by companies operating in the collision repair space and the broader automotive claims economy. This week we dig into the flurry of deals and acquisitions brought on by the upcoming year-end, 3M’s expectations for 2017, how a Trump presidency may help kickstart Alberta’s oilpatch economy and much, much more!

– This week saw LKQ Corporation declare its intent to sell its OEM glass manufacturing business (which operated through its Pittsburgh Glass Works subsidiary) to a Mexican glass manufacturer, Vitro S.A.B. The sale price is $310 million. As part of the transaction LKQ and Vitro entered into a multi-year supply agreement that will see LKQ’s ongoing aftermarket glass distribution business purchase a specified amount of its automotive glass from Vitro at specified prices. The transaction is expected to be completed in the first quarter of 2017 and is subject to customary closing conditions and necessary regulatory approvals.

“We are very pleased with this transaction and look forward to a seamless transition for our OEM glass customers and employees … this divestiture allows LKQ to focus on our aftermarket glass distribution operations and the synergies that exist with our core North American auto parts distribution business,” stated Robert L. Wagman, President and Chief Executive Officer of LKQ Corporation.

The William Blair brokerage sent a note to clients following the announcement of the sale suggesting that, “We believe the sale of the OEM manufacturing business is a solid strategic move as it removes the slightly more cyclical OEM business. The move also allows the company to focus on the aftermarket glass business of PGW, which is more closely aligned with LKQ’s core aftermarket parts distribution business.”

The report was written by Nate Brockmann who went on to say that, “We continue to like where the overall business is headed and believe LKQ can get back into the 5%-7% organic growth range in North America in 2017 as underlying trends remain favorable.” Some of the reasons cited for strong business in the year ahead include, “… more miles driven, more parts per repair,” and more cars entering what Brockmann calls “LKQ’s sweet-spot.” He’s referring to those cars that are between three and 10 years old and so often benefit from repairs made with used parts. The result of the deal could see revenue growth of 32 percent in the fourth quarter of 2016. Brockmann also said he expects revenue growth in 2017 of 12 percent, to $10.19 billion, for LKQ.

– AkzoNobel announced Monday that it will acquire the industrial coatings unit of BASF for a hefty $527 million. The unit includes BASF’s commercial transport sector business. AkzoNobel said the transaction includes, “… relevant technologies, patents and trademarks, as well as two manufacturing plants in the UK and South Africa. Approximately 400 employees from BASF’s industrial coatings business will join AkzoNobel.” As well, “During the next two years, a portion of the BASF production volume will be transferred to existing nearby AkzoNobel manufacturing facilities.”

– In another bit of corporate reorganizing, BASF has completed the acquisition of the Chemetall “surface treatment business” from Albemarle. Chemetall develops and manufactures technology solutions to protect “metals from corrosion, [and] facilitate forming and machining,” according to a report. Chemetall’s sales for the full calendar year of 2015 were US$845 million.

“The acquisition of Chemetall allows us to significantly expand our market,” said Markus Kamieth, President of BASF’s coatings division said. “By combining the expertise and innovation power of two global market leaders, we will accelerate innovation and make our customers even more successful.” BASF will pay $3.2 billion for the unit.

– Major paint makers Sherwin-Williams and Valspar again released statements Monday indicating the tie-up between the two companies is still on track to close in the first quarter of 2017. A story in the Wall Street Journal this week notes the companies were, “… seeking to put to rest what the firms called ‘unfounded market rumors’ about regulatory pushback,” on the deal.

The companies stated in a press release that, “Given the complementary nature of the businesses and the benefits this transaction will provide to customers, Sherwin-Williams and Valspar continue to believe that no or minimal divestitures should be required to complete the transaction.” This past March Sherwin-Williams agreed to pay more than $9 billion in cash for Valspar. The deal includes an “unusual term” that would see the price slashed from the agreed upon $113-a-share, “… should antitrust regulators demand aggressive divestitures,” according to the report. Valspar said Monday that it is still in discussions with regulators.

– Uni-Select had its “outperform” rating restated by equities research analysts at Scotiabank in a research note issued to investors on Friday. Analysts at the bank currently have a C$38.00 price target on the stock. Considering the stock was trading at just $29.75 Monday afternoon that target price suggests a potential upside of more than 25 percent. Over the past 12 months stock in Uni-Select has traded as low as $26.58 and as high as $35.83.

– Atlantic Securities started coverage on shares of NAPA parent company, Genuine Parts Company. In a report published last Wednesday the firm issued target price of $100.00 on the stock, which is currently trading around $98.45.

– 3M has issued a press release that includes guidelines for its business expectations in 2017. According to the release, 3M execs expect strong earnings per share of between $8.45 and $8.80. This range, “… implies an increase of 4%–8% on a year-over-year basis,” according to the release. 3M execs also organic revenue growth to be between 1 and 3 percent and operating cash flow to be between $6.1 billion and $7.1 billion.

3M’s President and CEO, Inge Thulin, was quoted as saying that, “Over the last several years we have taken significant actions to strengthen our technology capabilities, improve our portfolio and cost structure, and make us even more relevant to our customers.”

– Corporate executives throughout North America seem to be thinking that a Trump presidency is going to be generally good for business. A telephone poll of 155 Canadians in leadership positions at the country’s largest 1,000 companies between mid-November and early December conducted by KPMG found that the, “… vast majority of respondents – 83 per cent – said the transition to a Republican Trump administration will have a positive impact on the US economy over the next two years …” Asked if the result of the US election changed their short-term business strategy, 30 percent of Canadian executives who said yes specified plans to “increase business and investment in the US.” That said, Canadian executives also acknowledge that a Trump presidency, “… is likely to make even the current Canada-U.S. trade relationship more difficult. Eighty-seven per cent of respondents said it was either somewhat or very likely Trump will attempt to renegotiate the North American Free Trade Agreement and a slim majority – 55 per cent – said the incoming American president was somewhat or very likely to increase tariffs on Canadian goods,” according to the report.

– Could 2017 be the year the Albertan economy throws off its slump? Many more are beginning to think so. The arrival of Trump in the White House is expected t to eventually lead to approval of the Keystone XL pipeline, which would be good for business in the oil patch. This past year executives with heavy truck collision repair facilities in Alberta said they were hoping for the approval on those pipelines, which would see a lot of trucks operating in remote, rugged environments to get the pipelines built.

The recent deal among OPEC members to cap and even cut production is another reason for confidence Alberta will return to growth this year.

Any uptick in the price of crude will be good for that province, which has been stuck in neutral in terms of business for more than two years now.
A report from the province notes that the government is doing what it can to juice the provincial economy. Recently, the government provided financial incentives to “… encourage more processing of its energy resources at home …” The province has set up an incentive program to attract companies that will, “… turn propane into plastic pellets used in everything from car parts to Canadian currency. This month, the government awarded $300 million in royalty credits to Pembina Pipeline Corp. to build a petrochemical processing plant that is expected to create about 2,250 construction jobs and employ another 150 people permanently. Inter Pipeline was handed another $200 million in credits for a similar facility, which is estimate to generate about 2,000 construction jobs and 95 permanent positions.”

– If there is one worry going into the New Year, it might be that for the first time in almost a decade interest rates could be higher in America than in Canada. The head of the US Federal Reserve board has talked about the need for higher rates. If American rates do rise above Canadian ones this would be a slight drag on the Canadian economy as capital flows seeking higher rate flow south. Another worry on rates: One CIBC economist predicted last week that if rates do rise markedly in Canada this country could face a “consumer-led” recession. The average Canadian is more deeply in debt than ever. If rates rise and the average Canadian is paying more on their mortgage, spending in other areas would be curtailed.