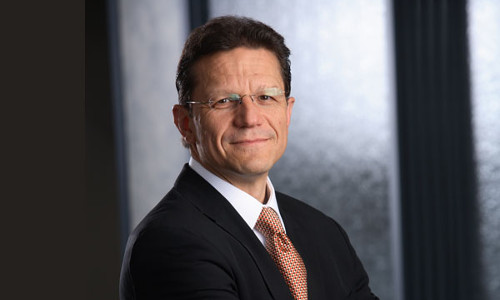 Boyd this week reported financial results for the third quarter ending September 30, 2017. Some of the highlights include an increase in sales of 13.5 percent. Sales increased to $391.9 million from $345.3 million in the same quarter of 2016. Same-store sales declined by 0.5 percent, but adjusting for the fact that the period included one less selling day. Same-store sales increased 1.1 percent on a per day basis. A press release noted that financial results were “meaningfully impacted” by Hurricane Irma (and to a lesser degree Hurricane Harvey). The storms were responsible for a $5 million hit to sales. According to the press release, “The positive contributions from new locations, including Assured Automotive Inc… were more than offset by the impact of hurricanes and currency.”

The company announced that it added 76 locations over the period, including the acquisition of Assured, with 68 locations and 30 dealership intake centres. Subsequent to the end of the quarter the company added 10 locations, “… which included entering the state of Tennessee through the acquisition of a multi-store operation with nine locations, as well as a single location in Ontario to leverage the acquisition of Assured.” Boyd also announced it had increased its distribution to $0.528 per unit from $0.516 per unit. Brock Bulbuck, CEO of Boyd, was quoted as saying, “In the third quarter of 2017 we continued to deliver solid results despite facing significant headwinds from hurricanes and the strengthening Canadian dollar, which is a demonstration of the resilience of our business model and the effectiveness of our strategy. In addition we made several key acquisitions that provide us with a broader market presence and enhanced positioning for further growth. Based on our continued growth and the strength of our business the board has decided to increase our monthly distributions – the 10th consecutive year they have done so.”

Bulbuck was also quoted as saying, “Notwithstanding some of the unusual challenges that we faced in the third quarter, we are confident that we are on track to achieve our long-term goals, including doubling the size of our business on a constant currency basis from 2015 to 2020… positive industry trends that drive organic growth, our strong balance sheet with over $400 million of ‘dry powder’ and our track record of successful growth, continue to position us well to deliver value enhancing growth into the future.”

“This was a good quarter with topline growth across all areas of the business and an overall improvement in profitability,” said Chris Burrows, CFO of AutoCanada. “Sales are up in every region, and from all but two brands. Our operations are becoming more efficient, and we are seeing a steady rebalancing of our portfolio, across geographies and brands.” According to the press release, “The Canadian new vehicle market continues to outpace all previous years for sales. Nine months into the year, new vehicle sales have hit monthly records eight times. Total sales of 1.59 million vehicles at the end of September are 5.5 percent greater than 2016, the previous record year. The market has grown in every region of the country, with growth in the west being particularly strong.” Sales in the west were up 9.4% in the third quarter, out-performing the national sales increase of 6.8 percent. The company also announced that, through acquisitions, the number of service bays the company operates advanced to 977 from 898 one year ago. Considering the large share of profits that collision repair adds to the bottom line, the increase in the number of service bays suggests strong financial performance will continue. An acquisition of a Mazda dealership added 22 bays, while acquisition of the Mercedes-Benz Rive-Sud dealership added 28 new services bays.

“Acquiring new dealerships and effectively integrating them is key to our long-term success. Same store results, reflecting the performance of dealerships that have been owned for at least two full years since acquisition or opening, is an important metric to assess how well we are doing at integration. Same store sales saw an uptick in the third quarter, with revenue up 2.9 percent and gross profit up 6.3 percent. Only one new store was added to our same store count in the third quarter, with only one more to follow by the end of the year… Dealership relocations and expansions are important, our capital expenditure on relocations and expansions in 2017 continue on track. At September 30, the company was committed to capital expenditure obligations of $8.3 million related to dealership facilities,” according to the press release. The board declared a quarterly dividend of $0.10 per common share. AutoCanada’s stock is up about 25 percent since just late July.

The Quebec-based paint distributor announced sales of $395.8 million, up 24.3 percent from the same period a year ago. The growth in the Canadian business was especially strong, with organic growth of 7.7 percent in the latest period as compared to a year ago. Earnings per share came in at $0.26, which is a decline from the same period last year. Consolidated sales for the third quarter were $395.8 million, a 24.3 percent increase compared to 2016. The increase in sales was driven by recent business acquisitions, which added sales of $84.0 million or 26.4 percent. The recent acquisition of major European operator, The Parts Alliance, represented the bulk of new business. The press release noted that the Canadian Automotive Group delivered a solid performance with an organic growth of 7.7 percent. “The consolidated organic sales of ‑2.3 percent were affected by FinishMaster’s product line changeover and the hurricanes. Without these impacts, the consolidated organic sales would have been 2.1 percent,” according to the press release.

FinishMaster US recorded sales of $206.5 million, up 2.1 percent from the same quarter in 2016. A product line changeover and the hurricanes impacted sales by approximately 7 percent. The press release goes on to note that, “Sales for the Canadian Automotive Group were $133.6 million, compared to $116.3 million in 2016, an increase of 14.8 percent, a direct result of the organic growth of 7.7 percent as well as the performance of the recent business acquisitions and the strength of the Canadian dollar. Our sales to the independent parts store customers, our Bumper to Bumper and FinishMaster corporate stores sales, reported both a positive organic growth.” The growth can be attributed to the, “… concerted efforts and initiatives of the management and sales teams as well as the favorable Canadian economic conditions. The [earnings] margin increase of 1.5 percent compared to 2016 is mainly related to improved gross margin and improved performance of the paint, body and equipment program. These factors were partially compensated by ongoing investments required in relation to the corporate store initiative. Once the integration of the corporate stores and the implementation of the new point of sales systems will be completed, additional synergies and efficiency are expected.”

Henry Buckley, President and CEO of Uni-Select, was quoted as saying, “The Canadian business reported another strong quarter… FinishMaster US is focusing on initiatives underway to overcome headwinds from the product line changeover, but also from the two hurricanes that impacted important markets, Texas and Florida, during the quarter. While consolidated net earnings are below our expectations, the underlying industry fundamentals are positive, and we have both profitable sales growth initiatives and productivity improvement initiatives underway to maximize shareholder value.” The Uni-Select board of directors declared a quarterly dividend of C$0.0925 per share payable on January 16, 2018 to shareholders of record.

Emergency crews this week were called to a fire at a chemical plant in Saskatoon owned by AkzoNobel. A HazMat crew was dispatched to the plant along with firefighters. AkzoNobel produces paints and specialty chemicals at the facility.

Merger talks between Axalta and AkzoNobel continue. Investors seem to like the idea of a potential merge. Price targets on the stock were raised to $38 per share (from $36) by brokerage, Jefferies, which reiterated its “buy” rating on the stock.

Auto recycler LKQ had its “buy” rating reiterated by research analysts at Robert W. Baird in a research note issued to investors on Friday, October 27. The brokerage currently has a $42.00 price target on the stock. That price target suggests a potential upside of 13.02 percent from recent closing prices.