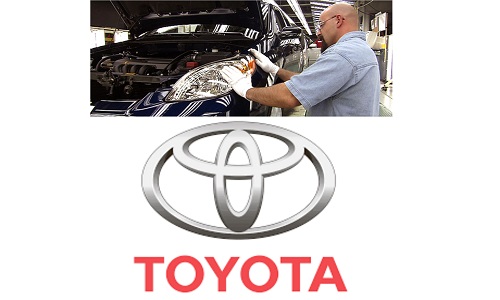 “Today is a great day for Toyota, for Cambridge, and for Canada. Canadian auto workers are among the world’s best, and they have the skills and know-how to design and build cars that meet the needs of people today and tomorrow. Toyota’s new commitment to its Cambridge facility is a vote of confidence in our auto sector and will help Canada lead in the new high-tech economy of the future,” said Prime Minister Justin Trudeau

This new mandate reaffirms the company’s long-term commitment to Canada with a significant investment worth hundreds of millions of dollars. In addition to $1.4 billion invested in May 2018, it will make the plant Toyota’s North American production hub for these sport utility vehicles (SUVs) starting in 2022.

The announcement is cause for celebration in both the Provincial and Federal government. While it is unlikely that the auto manufacturing sector will ever again be as robust as it during the 1990s and early 2000s, the Japanese OEM’s decision is seen as a welcome sign that Canada’s largest province is still considered a land of opportunity by major vehicle manufacturers.

Toyota’s investments will support more than 8,000 jobs and 1,000 co-op placements in Southwestern Ontario. The company is committed to its earlier investment of $200 million over ten years to support research and development in Canada.

Uber’s Share Sale Travails
Uber will be arriving on the stock exchange next month, as the ride-hailing giant is set to attract $8 billion in its upcoming initial public offering, down from the initial $9 billion goals announced last week.
According to the tech company’s initial official fillings, which were delivered to the Securities and Exchange Commission last Friday, the company initially intended to sell 180 million shares, or about 10 percent of the company, to raise $9 billion.
Trading is expected to begin on May 8.
Big Buck Buyback
AkzoNobel spent more than $137 million in three days, buying its own shares back from investors between April 23 and April 26. The three-day buy-back comes as part of a repurchase scheme, for which the companies executives earmarked $3.75 billion in February.
With the average stock selling for a little more than $115, the chemical firm was able to reduce the number of stocks in circulation by more than a million over the course of the three-day spending spree.
Thus far, the company has repurchased almost 7.5 million shares, for a bit less than $900 million dollars.
Stock buybacks are a commonly used alternative to dividends. By buying up its own stock, a company’s existing shareholders benefit from a proportionate increase in their ownership stake.The AkzoNobel buyback was announced last year, and is funded by the profits from AkzoNobel’s sale of its Specialty Chemicals business in 2018. It is expected to be completed by the end of 2019.