The Autonomous Report: Tesla eyes insurance, Faurecia redesigns interiors and Toyota may bring an AV to market in five years 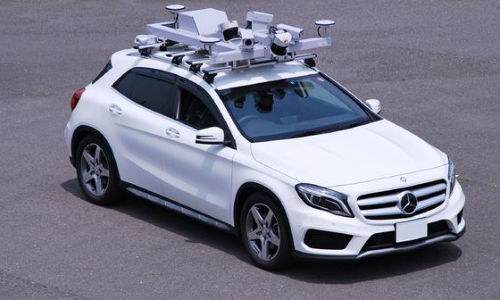 Toronto, Ontario — September 9, 2016 — It looks like Tesla may get into the insurance business for its vehicles, automatic braking features and other advanced driver assistance systems (ADAS) may allow motorists to keep driving as they age and it looks like Toyota’s first self-driving cars about five to 10 years away.

– Tesla is getting into the insurance game, apparently. It was reported this week the company is working with “AXA General Insurance in Hong Kong, and with QBE Insurance in Australia … Tesla continues to make its case that Autopilot and other autonomous-driving features will prevent a lot more accidents than they cause.” As a result the company seems to want to offer insurance to the owner of the cars at rates less than traditional insurance companies.

– An article suggests that the new automatic braking features are allowing aged drivers to stay behind the wheel longer. “Anything that reduces the likelihood or severity of a collision is really a technology that is primed for helping tomorrow’s older adults. We are moving toward an ecosystem where older adults will increasingly be supported by the technology that may help enhance their mobility … The presence of safety technology will be a key consideration for three-fourths of the drivers older than 50 who plan to buy a car in the next two years, according to a recent survey by auto insurer The Hartford and MIT AgeLab. In an indication that priorities are shifting, only one-third of the surveyed 50-and-older drivers who bought a car during the past two years focused on safety technology … The push to engineer self-driving cars has helped heighten awareness about the role technology can play in eliminating the human error that causes most accidents.”

– Faurecia is a company partially owned by French automaker Peugeot Citroen. It is one of the “world’s largest suppliers of automotive seats and interiors. It envisions next-generation cockpits for ‘new behaviours, when vehicles are no longer designed solely for driving,’” according to a media report. According to the story “Faurecia is working on an ‘active wellness’ seat, which employs biometric sensors and predictive analytics to measure and respond to occupant stress, drowsiness and other symptom … Faurecia is also looking at such prosaic issues as “cleanability” of the cabin …” A source in the story is quoted as saying that, “Some of the things that people said they expect to do in fully autonomous and shared vehicles are crazy.” Apparently, “Freed from the task of driving, people say they would play the guitar, do yoga, cardio exercise or knit.”

– Another media report quotes a Toyota employee as saying the “company’s first truly self-driving cars will arrive in five to 10 years … The first project, code-named Guardian, will develop next-generation driver-assist safety systems and is being led out of Toyota Research Institute’s laboratory in Cambridge, Mass. The second, project Chauffeur, aims to develop truly driverless cars out of the institute’s office in Ann Arbor, Mich. … The target is a so-called Level 4 autonomous vehicle—a car capable of driving itself anywhere, anytime, under any weather scenario, while the human sits back, hands off.” The story also suggested that next-generation driver assist tech might see versions that “steer a car around obstacles even if it means steering out of the lane.” Toyota has said it “will introduce semiautonomous vehicles for certain highway driving by 2020 …Those vehicles should be able to merge and exit highways, maintain and change lanes and keep a constant distance from other vehicles on the road, all without driver input.”

– ”A joint venture in Japan will begin creating high-definition 3-D maps for self-driving cars in September as part of a government effort to have such vehicles on the road by 2020, when the Tokyo Summer Olympics will be held,” according to a report. Tokyo-based Dynamic Map Planning, will “digitally chart the country’s key expressways by driving a vehicle loaded with special surveying equipment. The data will be processed using computers designed for the creation of maps, which will be provided to automakers that invest in the startup …”

Determining the accurate position of a vehicle in relation to the road is vital to commercializing self-driving cars. 3-D maps, based on survey data of road grades, structures, signage and other inputs, offer highly accurate data that can be used to determine positioning. For example, the maps will help to inform the vehicle to slow down in advance of a traffic light after a sharp turn and prevent traffic congestion by accelerating cars on slopes.

“Although sensors can help cars navigate within lanes and prevent crashes with vehicles in front, recognition errors still present a problem. It is difficult for sensors to deal with complex road patterns, such as highway off ramps, because they cannot determine which is the right-turn lane among several road lanes … Current vehicle navigation systems can display 3-D maps, however, they lack precision and data. In cases where elevated highways are located above a car, the navigation system often shows an incorrect location of the vehicle … The combination of high-resolution 3-D maps and sensors will enable the accurate detection of which lane a car is in and the distance to junctions … High-precision surveying technology is required to make the maps, so Mitsubishi Electric developed equipment that will be installed on a canvassing vehicle. GPS will track the location of the car on the map, and sensors designed to detect the inclination of the car will measure the road grades … At the same time, data including the locations of road signs and traffic lights, as well as right- and left-turns and pedestrian crossings, will be collected using lasers.”