The Autonomous Report: new automated taxi service on the way in Asia, and auto executives speak out against Tesla’s autopilot mode 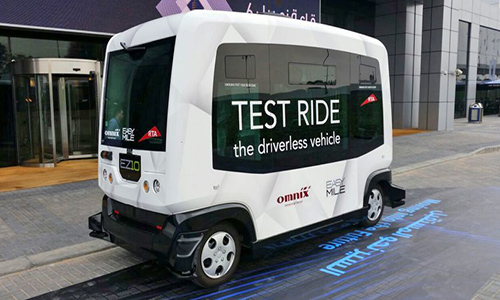 Toronto, Ontario — August 5, 2016 — It’s been another busy week for the autonomous vehicle industry, with several developments from across the world making both global and local headlines. Amongst those, an Asian automotive firm is expected to test a small fleet of automated taxis next year, Uber is looking to revamp its mapping system with an eye on an autonomous future, a Wall Street organization says alcohol producers could be one of the big winners once AVs enter the mainstream market and several industry executives discuss the downside of Tesla’s Autopilot mode.

-Auto parts maker Delphi Automotive PLC will launch a “small test fleet of automated taxis in Singapore next year, aiming to ferry passengers around a city district in one of the first real-world tests of automated rides on demand…. A cab ride in a dense urban area can cost $3 to $4 a mile, Delphi vice president of engineering Glen DeVos said in an interview. ‘We think we can get to 90 cents a mile’ with an automated vehicle,” according to a report in Israeli newspaper Haaretz.

-Bloomberg reports that the secret team developing Apple auto products has hired Dan Dodge, “the former head of BlackBerry’s automotive software group who joined the Canadian phone maker in 2010 when it acquired his operating system company QNX.” The report goes on to suggest that the company is shifting its “focus from a full-fledged electric vehicle to self-driving software.” QNX developed entertainment and navigation software for car makers like Ford, Volkswagen, and Daimler.

-Wall Street-based investment bank Morgan Stanley released a report this week that says the arrival of automated vehicles (AVs) could be a huge moneymaker for alcohol producers. If drivers no longer have to worry about drinking and driving, sales of spirits could increase by $98 billion. “Shared and autonomous vehicle technology help address the mutual exclusivity of drinking and driving in a way that can significantly enhance the growth rate of the alcohol market and on-trade sales at restaurants,” read the Morgan Stanley report.

-Auto industry executives are beginning to speak out against Tesla’s Autopilot mode. The CEO of Ford recently said that the Tesla’s Autopilot mode could only be considered “Level 3” automation (the NHSTA has released a five level scale of automation). According to Ford CEO Mark Fields Autopilot is only designed to take over “safety-critical functions” from the driver. According to a report in the online tech publication The Verge, Fields said, “That’s my impression from testing the system on a long road trip last month. I was able to drive on the highway for minutes at a time without touching the wheel at all. The driver is supposed to pay attention to the road in case of unexpected developments, but, as long as everything is going well, the car can keep itself in-lane and at the appropriate speed. But it’s those unexpected developments that can be the problem.” That is, AV ability only arrives on a car that is Level 4 or Level 5 on the NHTSA scale. Another critic of Tesla is Trent Victor, senior technical leader of crash avoidance at Volvo. He said in an interview that, “[Tesla’s Autopilot] gives you the impression that it’s doing more than it is…. It is more of an unsupervised wannabe.” In other words, according to the report, “Tesla is trying to create a semi-autonomous car that appears to be autonomous.” Other critics have pointed out that Tesla cars only rely on sensors to keep the car on course. A true AV will need LIDAR (radar) on the car to be safe. “It’s important for us as a company, our position on autonomous driving, is to keep it quite different so you know when you’re in semi-autonomous and know when you’re in unsupervised autonomous,” said Victor. Volvo’s Drive Me autonomous car will launch next year and will be a Level 4 AV.

-Mercedes-Benz is defending itself against charges that an advertising campaign for its new E-Class car overstates the abilities of its autonomous driving feature. A report from Reuters notes that this past Wednesday (August 3), “U.S.-based Consumer Reports wrote to the U.S. Federal Trade Commission (FTC) urging it to scrutinize Mercedes’ ‘The Future; campaign, which markets automated features available in the 2017 E-Class.” In the Tesla accident a car in autopilot drove under a truck that the sensors didn’t pick up. Now consumer groups are speaking out about AV systems. The ad campaign in question asks “Is the world truly ready for a vehicle that can drive itself?” The Consumer Reports letter states that, “The ad is likely to mislead a reasonable consumer by representing the E-Class as self-driving when it is not…” The letter urges the FTC to take action to “prevent consumers gaining a false sense of security in the ability of a car to operate autonomously.” The letter went on to say the consumer rights advocates were “dumbfounded that the fatal crash of a Tesla Model S in Florida that killed a former Navy SEAL did not give NHTSA cause to raise a warning flag, bring you to ask Tesla to adjust its software to require drivers’ hands on the wheel while in autopilot mode, or even to rename its ‘autopilot’ to ‘pilot assist’ until the crash investigation is complete…Instead, you doubled down on a plan to rush robot cars to the road.” A report about the letter noted that the Tesla’s autopilot in the crash in question “could not tell the difference between a white truck and a bright sky or between a big truck and a high mounted road sign. Tesla apparently knew of the defect, yet still released autopilot in beta mode and ‘turned its customers into human guinea pigs’.” According to the letter, “Technology with such an obvious flaw should never have been deployed, and should not remain on the road…. But you and your colleagues have become giddy advocates of self-driving cars, instead of sober safety regulators tasked with ensuring that new systems don’t kill people. Instead of seeking a recall of Tesla’s flawed technology, you inexcusably are rushing full speed ahead.” The report notes the “advocates agreed that autonomous technologies could save lives someday. However, they stressed the self-driving autonomous technologies should only be implemented after thorough testing and a public rulemaking that sets enforceable safety standards.”

-The Financial Times of London reports that ride-sharing company Uber is preparing to pour “$500m into an ambitious global mapping project as it seeks to wean itself off dependence on Google Maps and pave the way for driverless cars…The San Francisco-based transportation company has mapping vehicles crisscrossing the US and Mexico to record the surroundings and gather images for maps…. By developing its own maps Uber could eventually reduce its reliance on Google Maps, which currently power the Uber app in most of the world.”