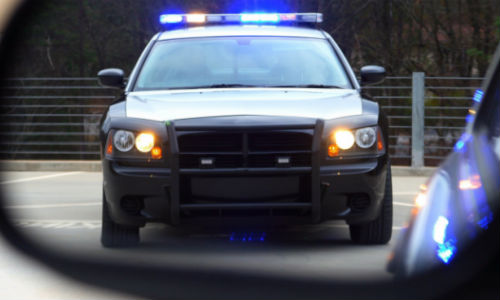 Toronto, Ontario — June 25, 2017 — In this week’s Autonomous Report, comedian Steve Patterson looks at the lighter side of autonomous vehicles (AVs), Aviva is in talks with driverless car manufacturers, potential impacts of self-driving vehicles on policing and much, much more!

– Steve Patterson, a stand-up comedian and a host of a CBC radio show, published a piece in the Globe and Mail that tried to find some humour in self-driving cars. Patterson says a Lexus ad (with an AV-based tag line, “Drive while you still can”) got him thinking, “Would I want to buy a self-driving car?” The answer: “No goddamn way! … Look, I get that self-driving cars are the future. The near future. All the car companies are working on it. Google’s working on it. Apple is on it. Even Blackberry is on it! Basically everyone in the technology or automotive industry is coming together to make sure we never have to drive a car again … Driving is one of the last bastions of control over large machinery most of us have.”

– An interesting report by Insurance Business notes that insurer Aviva is ready to leap head first into the new AV era. According to the report, the company “… has revealed that it has been in talks with companies that are developing driverless car technologies, looking to seal deals with manufacturers and developers … The company’s international insurance CEO Maurice Tulloch confirmed that Aviva is talking to ‘a number’ of self-driving tech companies, ‘as I’m sure a number of people are’.”

Trendy thinking about insurance in the AV era is that premiums will fall as there are fewer accidents, and some are predicting a future where insurance is simply wrapped into the price of the car. Insurance companies, it seems, are thinking the future is in fleet deals. As the story notes, “A deal with one of these driverless car companies could mean drivers who purchase their cars from such a company automatically gain insurance through Aviva, or could lead to a partnership with a start-up in the sector. Tulloch said that ‘if signed this would an Aviva first.’” The report also notes, “One of the companies Aviva is discussing deals with is based in Canada … Tulloch himself hinted that talks with this specific company are at an advanced stage.”

– Germany’s Chancellor Angela Merkel has got the country talking about AVs. During a discussion with students on a trip to Buenos Aires, Argentina, she mused about the possibility that autonomous driving could be made mandatory. That is, once it’s understood that AVs are far safer than messy humans the right to drive would be revoked in the name of safety. Governments will mandate that computers drive as a way of saving lives. As a report from 2025 AD notes, “the outcry of the German media didn’t take long.” According to the story, though, Merkel’s exact quote was that, “In 20 years’ time, we will need a special permit to drive a car ourselves.”

– The UK’s Telegraph has noted Amazon’s recent patent filing of massive, “beehive-like depots which could one day be used to dispatch drone deliveries.” According to the story, “The retail giant has already trialed using drones for deliveries as part of its futuristic ‘Prime Air’ service, which would send small packages by drone in under 30 minutes … [Now the company] proposes using the nine-storey facilities to recharge and house drones. They are designed to use up less space in towns and cities and cut congestion on roads. While Amazon has … fulfillment centres … the patent suggests these traditional warehouses could be replaced by multilevel facilities with landing pads for delivery by air.”

– A story in the Washington Post considers the impact AVs could have on policing. According to the report, “The Supreme Court has repeatedly held that the police can use traffic stops pretextually … What the officer is really trying to do doesn’t matter, the court has ruled, as long as the officer has a valid basis for stopping a car for a traffic violation.” That is, if officers suspect, say, a drug dealer of moving his product they can stop a car when they see a traffic violation, “… and they can force the driver to stay by the side of the road while the officer completes the mission of the stop … So long as the officer had a valid basis for a stop (speeding 55 in a 50 zone), the fact that the officer is really acting for other reasons (determining if there are drugs in the car) is irrelevant.”

As the story suggests, “This is hugely important because almost every driver routinely violates the traffic laws. It’s actually hard to drive without breaking the traffic code … Allowing pretextual stops gives the police lots of power to stop people for non-traffic reasons.”

Now, consider self-driving cars. “If in 20 years time it is the norm for cars to be self-driving … [and] self-driving cars can be programmed to drive in perfect compliance with the traffic laws … it may also cause an unintentional change to policing strategies. If traffic violations are mostly a thing of the past, the police won’t be able to use pretextual traffic stops anymore.” The police will be able to follow self-driving cars all day “but won’t be able to pull them over. Because the power to make pretextual stops requires a traffic violation, we may see a sea change of enforcement away from traffic enforcement … My guess is that the shift away from traffic enforcement will come at the same time as a shift toward using car trips to reconstruct past events.”

The author suggests, that as Uber customers know, “… ride-sharing services keep detailed records of trips. When you get your receipt, for example, it tells you not only the start and stop point and time but also the exact roads you travelled. If everyone is getting around using self-driving cars, those cars will keep records of trips that the government can use … It’s hard to predict the future, and of course all of this may be hilariously wrong. But if I’m on the right track, the future of policing may be a future without the pretextual stops and traffic enforcement common today but with the addition of routine reconstruction of past car trips.”

– It was just a bit over a year ago that the first fatality in an AV occurred. A man in Florida was driving along a highway in Tesla when the car went under a tractor-trailer taking the top of the car off. The sensors on the car failed to detect the white truck on a very bright day. A year later the National Transportation Safety Board (NTSB) has wrapped up its investigation.

The NTSB found that data from the vehicle’s system showed that the driver was using two systems, traffic-aware cruise control and Autosteer, but that he ignored repeated warnings to put his hands back on the wheel. According to a Newsweek report of the NTSB findings, “Brown kept his hands on the wheel for only 25 seconds of an extended 37-minute period, in which the NTSB said he should’ve maintained control of the vehicle … The report said the Autopilot mode remained on during most of his trip and that it gave him to a visual warning seven separate times that said ‘Hands Required Not Detected.’ In six cases, the system then sounded a chime before it returned to ‘Hands Required Detected’ for one to three second periods.” Supporters of autonomous systems point to the findings as reason to think these systems are safe when used properly. The NTSB’s report also found that the driver wasn’t watching a DVD, “contrary to initial witness testimony.”

-Hyundai, Kia and Bell have announced a partnership on connected cars. According to a report on Mobile Syrup, “A unit of Hyundai, Hyundai AutoEver Telematics America (HATA), is the division concerned with the Internet of Things (IoT).” This is the unit that signed the deal with Bell and Hyundai.

– A story on CNN notes the rising importance of highly-detailed maps in the AV world. The story opens with a scene: “During a test drive near Ford’s Michigan headquarters, the team noticed something strange with its self-driving cars. Each car shifted slightly at the same point in the lane ‘as if they were avoiding a pothole.’”

The problem wasn’t with the cars or the road. It was the map: “The team had just updated its 3-D map of the test route, which helps guide self-driving cars. But a minor glitch caused one pixel on the map to have the wrong data value. It told the car a spot in the ground was raised 10 inches, when it was perfectly level.” The map looked fine to humans, but not to the cars. A single incorrect pixel was enough to thrown them into confusion.

– The same story details a new mapping company, Carmera, a start-up that came out of “stealth mode” when it announced it had received $6.4 million in new funding from investors. The funders like the company’s plan to “crowdsource real-time data for maps.” The company hopes to gather data from vehicles (says delivery trucks that follow the same route at a constant rate) and use that digital data to maintain a constantly-updated map of an urban area, including things like “pedestrian analytics” and a “real-time event feed for construction and road closures,” according to the report.