Toronto, Ontario — The motorists have struck another blow in their ongoing civil war against the cyclists, following reports that a Volvo V60 SUV plowed through the front window of Sweet Pete’s Bicycle Shop in Toronto’s downtown Bloordale neighbourhood on Friday. In all seriousness, the shop’s owners took a very scary situation with an impressive […]

Victoria, British Columbia — The Insurance Corporation of British Columbia (ICBC) disappointed plenty of drivers in the last two years as the crown insurer rejected dozens of creative personalized plates submitted by B.C. drivers. A list obtained by CTV News details the rejects–some of which are shot down simply because they’ve been claimed; others deemed […]

Toronto, Ontario — Looking for a bit of Friday fun? Look no further! In this weekly wacky Can You Believe This?! clip, witness the boldest of customer requests, catch a glimpse at the world’s most adorable shop buddy, close calls at the Wendy’s drive-thru and much, much more!

Toronto, Ontario — In this week’s Can You Believe This?! clip, discover the world’s youngest trucker; witness the craziest Guitar Hero run ever recorded; see the sickest wrap ever created and much, much more!

Toronto, Ontario — In this week’s wacky clip, find a brand-new humanlike tool perfect for securing ladders and other loads; discover if Teslas can fly; see why cinderblocks aren’t meant for anything other than construction and much, much more—all in Collision Repair mag’s Can You Believe This?! 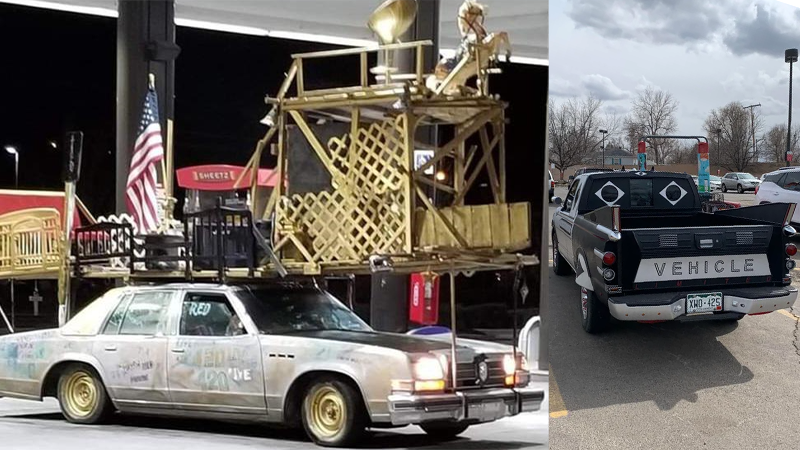 Toronto, Ontario — In this weekly wacky clip, rushed commuters clear impressive obstacles; big rig operators think fast to save lives; the first-ever mushroom-car hybrid arrives on Super Mario’s doorstep and much, much more! Catch all the craziness in Collision Repair’s Can You Believe This?! clip!