Scarborough, Ontario – Paint Source Automotive is excited to bring together the community for a barbeque celebrating the return of the Police and Community Educating Racers (PACER) Program, first launched in 2001. Citing increases in street racing and illegal modifications, this relaunch features the Show & Shine Barbeque, on August 7, unveiling PACER’s new vehicle: […]

Scarborough, Ontario — As much as we may not like to admit it, speed’s best companion is safety, and that is why the automotive suppliers at Paintsource have partnered up with the P.A.C.E.R. program to unveil a freshly painted police drag car live at their store, in August. The team at Paintsource will be hosting […]

Calgary, Alberta — Can you hear that? Is that a crowd of teenagers chanting, “Let them race”? But this isn’t an 80’s ski movie and there is no one in a top hat and monocle in sight (R.I.P. Mr. Peanut). It’s simpler and somehow more compelling than that. Calgarians just want somewhere to show off […] 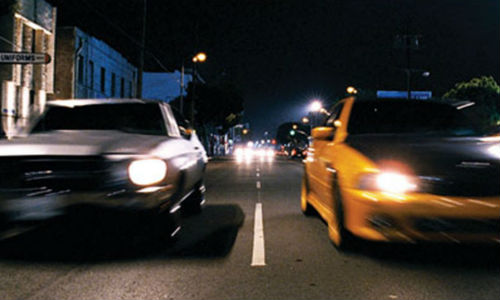 Toronto, Ontario — May 2, 2017 — Street racers are more likely to be involved in collisions than other motorists, according to researchers from Western University and the Centre for Addiction and Mental Health (CAMH). While this result may seem incredibly obvious, the researchers weren’t examining just the data from collisions that occurred during street […]