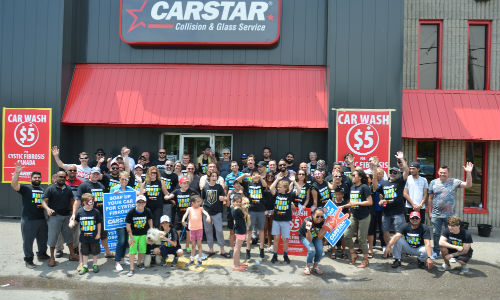 Hamilton, Ontario — July 10, 2017 — CARSTAR Canada and Cystic Fibrosis Canada are celebrating their 20th anniversary of partnership. The partnership began in 1997 when a franchise partner’s granddaughter was diagnosed with cystic fibrosis. Since then, CARSTAR and its partners have raised over $3 million for Cystic Fibrosis Canada. CARSTAR Canada reports that donations […]