Toronto, Ontario — Quick, snatch up Tesla’s service manuals before anyone at the company realizes they are currently listed at no charge on the company’s website. That’s right, the “Service and Repair Information” subscription package has a big fat zero next to it and no one is fully certain as to whether this was an […]

Party in the Prairies: Tickets available for 2022 SAAR Fall Conference

Saskatoon, Saskatchewan — Calling all, far and near, 2022 SAAR Fall Conference tickets are here. Set to run over three days and jam-packed with some of the biggest names in the North American collision repair industry, the Saskatchewan Association of Automotive Repairers are all geared up for what they are considering their most ambitious conference […]

SAAR goes to the spa: Tickets on sale for 2022 SAAR Spring Conference

Moose Jaw, Saskatchewan — Tickets are on sale for the Saskatchewan Association of Automotive Repairers’ (SAAR) 2022 Spring Conference, set for the second week of March in Moose Jaw. Set to kick off on the morning of March 12, attendees of this year’s annual general meeting can expect to hear from influential auto industry names […]

Aurora, Ontario — RS Finishing Systems Inc. is proud to announce the appointment of Tyler Zacher-King from Motivated Reps Agency as their official representative for the province of Ontario.  RS Finishing Systems is the official Canadian importer and distributor of Uno-Liner Systems, which manufactures high-quality frame straightening and repair equipment.  “Tyler brings with him more […]

British repairers call for insurers to pay up 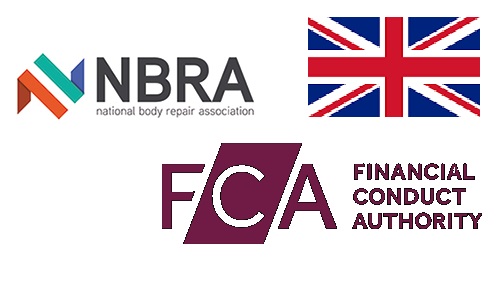 By CRM staff   London, U.K. — June 6, 2018 — British collision repairers are standing behind a call to increase the rates paid by insurers to British repairers. In a recent statement from the National Body Repair Association (NBRA), Britain’s largest industry advocacy group for the nation’s collision repairers, director Chris Wreks wrote, “This […]