The Price of Pedaling: ICBC will no longer charge injured cyclists for repairs

Vancouver, British Columbia — Following a wave of public condemnation after a Vancouver-area cyclist was struck by a vehicle running a red light and asked to pay for its repairs, ICBC has announced major changes to the way claims for passive road users are managed. The Insurance Corporation of British Columbia will no longer require […]

Toronto, Ontario — Hookups can be risky and they often come with a cost far greater than wasted time—we’re talking about towing here, to be clear. An improper hookup can do some pretty significant damage to an EV and, such as in the case of one Mustang Mach-E driver, cost you thousands. A Canadian driver […]

Toronto, Ontario — A new study from LexisNexis is attempting to set the record straight on the relationship between ADAS technology and claims frequency and severity. According to the report, “The impact of Advanced Driver Assistance Systems (ADAS) on insurance claims”, the presence of at least one ADAS feature resulted in an 8 percent decrease […]

Toronto, Ontario — Craftsman Collision is giving customers a new way to pay through a new partnership with PayBright. PayBright employs a “buy now, pay later” concept as its model, where customers can select “PayBright as a payment method…finalize their auto body repair payment in a matter of seconds and pay for their purchases in […]

Winnipeg, Manitoba — Auto claims costs are down in Manitoba as the provincial insurer reported a 27.3 percent drop in the first quarter of 2021. “The first quarter of 2021/22 saw a continuation of the favourable claims experience of 2020/21 with the frequency of collisions occurring at a rate approximately 20 percent lower than generally […]

Toronto, Ontario — According to a new report from CCC Intelligent Solutions, drivers aren’t the only ones putting up big bucks for electric vehicles as the report showed that the average EV repair is 3 percent more expensive than on an ICE. It was also found that replacement parts are generally more expensive on EVs […]

Greg Horn of Mitchell on communicating repair costs to your customer 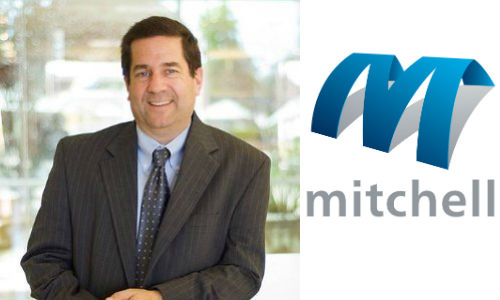