Toronto, Ontario — Let us reflect on youth; the days when we would be sent off to school and assured by our parents that our knockoff “red-swinging-bug-man” backpack was “just as good” as Spider-Man, and that the other kids wouldn’t even notice. They always notice. Same goes for when you’re trying to sell off your […]

Toronto, Ontario — Who would have thought that towing would be such a dangerous career choice? As the GTA continues fighting a two-year tow truck turf war, Police investigate two separate shootings involving two tow trucks near highway 401 in North York Wednesday night. Police have said that several callers reported hearing multiple gunshots in […] 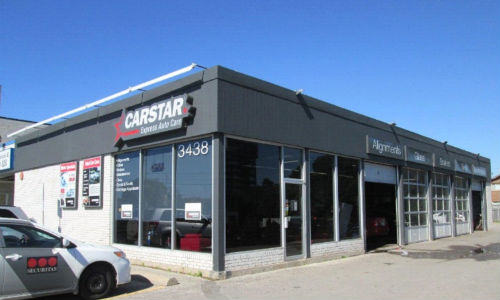 Hamilton, Ontario — May 3, 2016 — CARSTAR North York Sheppard is relocating to CARSTAR Express Sheppard, located at 3438 Sheppard Avenue East in Toronto, Ontario. CARSTAR North York Sheppard has been in business for over 16 years. The two businesses will essentially merge, with all services managed from CARSTAR Express Sheppard. CARSTAR Scarborough West […]

Quality Used Car Wholesalers, located at 31 Toro Rd. Photo Courtesy Google Maps.   By Melissa Hayes Toronto, Ontario — August 11, 2014 – As many as eight vehicles were severely damaged in an early morning act of suspected arson at a wholesale lot in the city’s north end. Edward, the owner of Quality Used Car […]