The Price of Pedaling: ICBC will no longer charge injured cyclists for repairs

Vancouver, British Columbia — Following a wave of public condemnation after a Vancouver-area cyclist was struck by a vehicle running a red light and asked to pay for its repairs, ICBC has announced major changes to the way claims for passive road users are managed. The Insurance Corporation of British Columbia will no longer require […]

Edmonton, Alberta — The Direct Compensation for Property Damage (DCPD) system for Alberta’s auto insurance industry came into effect on Jan. 1, moving the province toward a model that incorporates more fault-free policy options. As of the beginning of this year, Albertan drivers are able to claim vehicle damage that they are not responsible for […]

Edmonton, Alberta — Changes are on the way for the Alberta auto insurance industry as the provincial government announced new measures to streamline claims processing for not-at-fault drivers. Starting Jan. 1, drivers will be able to claim vehicle damage that they are not responsible for to their own insurance company and not that of the […]

Faultless Future: ICBC to roll out no-fault platform this weekend 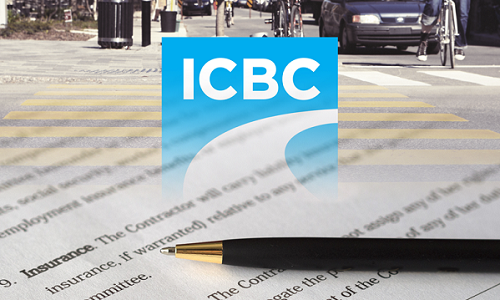 Victoria, British Columbia — The Insurance Corporation of British Columbia (ICBC) is gearing up for the launch of its hotly debated no-fault claims platform on Saturday, following months of criticism from the province’s legal community. The platform, which ICBC expects will save drivers as much as $400 per year, is seen by those within the […]