Diving In: Lordco kicks off second day of annual tradeshow in Vancouver

Vancouver, British Columbia — Like a good soup, the Lordco Auto Parts Annual Tradeshow is even better the next day, as the part supplier’s thirty-second event serves up a second helping of auto industry excitement on Tuesday. When attendees weren’t drawn to the impressive spread of food and drinks that come with their tradeshow admission, […]

Lordco Show is a Go: Lordco 32nd Annual Tradeshow kicks off in Vancouver

Vancouver, British Columbia — Lordco Auto Parts kicked off the first day of its 32nd Annual Tradeshow on Monday, welcoming Canada’s auto industry to two days of long-awaited excitement in Vancouver. Taking over Vancouver’s Pacific Coliseum and Agrodome from April 4 to 5, the Lordco Annual Tradeshow has been packed with exhibitors and attendees from […]

In the Spotlight: Lordco’s 32nd Annual Tradeshow on for April 4-5 in Vancouver

Vancouver, British Columbia — One of western Canada’s biggest names in auto parts supply is returning to the big stage as Lordco Auto Parts announced that its Annual Tradeshow is back on for April 4-5 at the Pacific Coliseum and PNE Agrodome in Vancouver, B.C. The tradeshow, known to draw crowds of more than 20,000 […]

Maple Ridge, British Columbia — The flooding that swept through British Columbia’s interior affected the Canadian auto community in many ways, but perhaps none so profoundly as Lordco Auto Parts’ Merritt, B.C. store. The rain began on Nov. 13, causing severe flooding throughout much of the province’s southern mainland and prompting some communities to declare […]

Edmonton, Alberta — Lordco Auto Parts has opened its fourth Alberta store, located at 4122 Calgary Trail. The store held a grand opening event for the Southwest location in early December, adding to Lordco’s presence in the province with the existing Northeast Calgary, Northeast Edmonton and Southwest Edmonton locations. The company was also recently recognized […]

Calgary, Alberta — Lordco Auto Parts will be helping to lead the way to this year’s IIHF World Junior Championship in Edmonton, as Hockey Canada announced that the western parts supplier will be the marquee sponsor of the Lordco Road to the World Juniors pre-tournament schedule. Lordco is a national marketing partner with Hockey Canada […]

Toronto, Ontario — Disappointing news for fans of golf and autobody repair on the west coast, CARPAK Distributing Corp. and Lordco Auto Parts have announced that the Stan Kingshott’s West Coast Classic golf tournament has been postponed until next year. With COVID-19 cases on the rise in British Columbia and golf venue capacity limits still […] 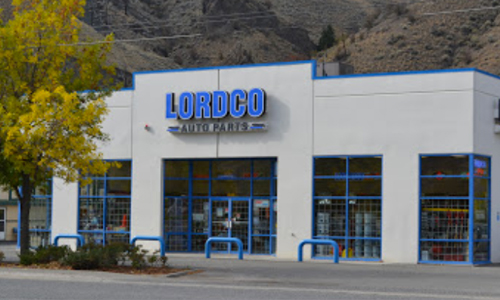 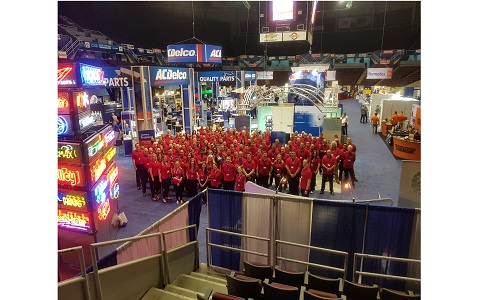 By CRM staff Toronto, Ontario – April 5, 2019 – The Pacific Coliseum in Vancouver B.C. was jam-packed with shop owners and repair technicians on April 1, for Lordco Parts 29th annual tradeshow. The two-day event gathered together  Lordco Parts’ customers and vendors to showcase some of their latest products. With hundreds of exhibitors on […]