Edmonton, Alberta — Changes are on the way for the Alberta auto insurance industry as the provincial government announced new measures to streamline claims processing for not-at-fault drivers. Starting Jan. 1, drivers will be able to claim vehicle damage that they are not responsible for to their own insurance company and not that of the […]

Winnipeg, Manitoba — Some much deserved relief could be on its way to Manitoba drivers as MPI has announced that it has requested a 1.2 percent rate decrease and $335 million rebate from the Public Utilities Board (PUB). Manitoba Public Insurance (MPI) originally filed its preliminary 2022/23 General Rate Application with the PUB in June […]

Fredericton, New Brunswick — New Brunswick is a province that has been getting by the best they can despite a growing financial struggle for many of its residents, but the introduction of credit scores as a factor in setting auto insurance rates in the province is leaving many New Brunswickers without an adequate starting point. […]

Fredericton, New Brunswick — Something isn’t adding up quite right in New Brunswick as new statistics show that auto insurers in the province saved big during the pandemic, but continued to gouge customers on premium rates. According to the General Insurance Statistical Agency (GISA), insurers charged New Brunswick drivers $197.6 million more in premiums than […]

Victoria, British Columbia – Drivers in British Columbia could finally get some of the financial reprieve they have been asking for now that the BC Utilities Commission has approved a 15 percent cut to the crown insurance corporation’s basic insurance rates, effective May 1, 2021. The BC government has promised to drop the rates of […] 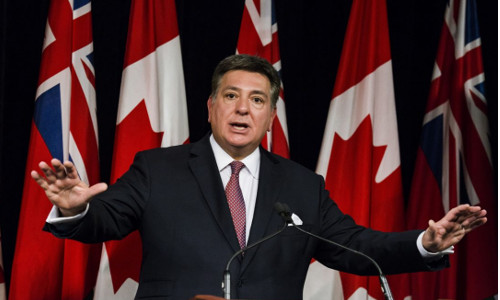 By Tom Davis Toronto, Ontario — December 6, 2017 — Ontario has announced it will take measures to make auto insurance more affordable for the province’s 10 million drivers with its Fair Auto Insurance Plan. Announced by Charles Sousa, Minister of Finance, in Toronto on Wednesday, the plan includes “significant” reforms that will aim to […]