Milan, Italy — Alfa Romeo’s latest vehicle, the 2023 Tonale is the first car in the world equipped with NFT certificates. For the uninitiated, non-fungible tokens (NFTs) are used as unique identifiers for digital files. Imagine a computer file, with a unique serial number and ownership records. In this case, Tolane’s NFT tracks the car’s […]

Ciao, Emissions: Lamborghini announces plug-in hybrid plan, all models to be equipped with PHEV powertrains in next three years

Bolognese, Italy – Lamborghini is going electric–eventually.  In an effort to cut C02 emissions in half by 2025, the Italian Supercar brand announced that all Lamborghini models will be equipped with plug-in hybrid (PHEV) powertrains in the next three years. This shift to hybrid cars is expected to start in 2023 with a PHEV version […] 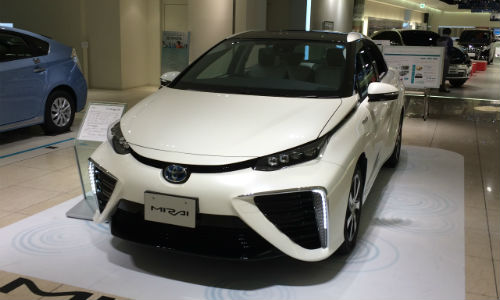 By Jeff Sanford Toronto, Ontario — August 10, 2015 — The word Mirai means “future” in Japanese. The word is a perfect name for the new hydrogen-powered vehicle set to go on sale this fall. Toyota has announced that it will begin selling the world’s first mass-market fuel-cell powered car in North America in October. […]