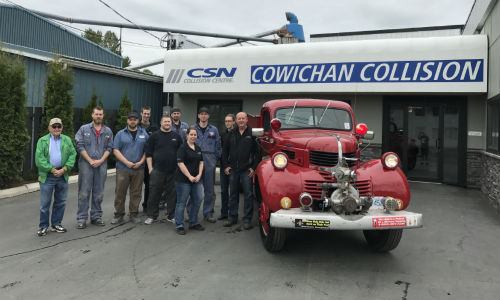 By Barett Poley Duncan, British Columbia — May 16, 2017 — The Cowichan Valley Shriners Club has received a generous if somewhat unorthodox donation from CSN-Cowichan Collision, in the form of a 1946 Dodge Fire Truck. The truck restoration took the staff at CSN-Cowichan nearly a month, 18 years after the facility first restored the […]