Hamilton, Ontario — An investigation into license plate refunds indicates that it disproportionately favours Canadians with more than five vehicles, with CTV News reporting that a single person received more than $38,000. During a press conference Thursday, transportation minister Caroline Mulroney said “there’s very rare cases of people who own a large number of cars, […]

Edmonton, Alberta — On June 28, AutoCanada announced its intent to purchase up to $100 million in shares from its shareholders via a ‘modified Dutch auction,’ with shares for sale between $22 and $25 per share. The company advises shareholders to obtain up-to-date quotes for market prices of the shares, prior to tendering an offer. […]

Toronto, Ontario ⁠— In this weekly edition of Collision Repair’s Tuesday Ticker, PPG breaks a number of its own records and Stellantis enters a lucrative partnership with an electronics giant. Pumped up PPG PPG stock has hit a new high four times over in the last five days, according to the market tracking website FostersLeader. […]

Burnaby, B.C. — Lift Auto Group continues to expand by acquiring another collision centre under the CSN banner, and CSN BC Collisions is the most recent acquisition completed by Lift.  The transaction is positioned to benefit CSN, Lift, and the customers that call Burnaby, British Columbia home, say the companies.  “Lift is pleased to have acquired […]

Victoria, British Columbia — The Insurance Corporation of British Columbia (ICBC) has created a new position focused on ensuring the corporation makes “fair” and “transparent” decisions related to its newly launched enhanced care plan. With the introduction of ICBC’s new Enhanced Care coverage on May 1, 2021, any British Columbian injured in a crash will […]

One Person’s Gain, is Another’s Loss: SGI submits proposal that will see decreases for some customers, increases for others

Toronto, Ontario — After sending out rebate cheques, SGI submitted a proposal to the Saskatchewan Rate Review Panel (SRRP) for a revenue-neutral rate rebalancing, which would result in increases for some customers and decreases for others. If approved, rates will be rebalanced so that each vehicle group pays a “sufficient” amount to cover the cost of […]

Toronto, Ontario — Intact Financial Corporation, one of the largest auto insurance providers in Canada announced today that, together with Tryg A/S, it has completed the acquisition of RSA Insurance Group plc.  “Bringing together Intact and RSA will expand our leadership and accelerate our strategy as we continue to focus on outperformance across our business,” […]

Toronto, Ontario — Solera announced last week that it will acquire Omnitracs, a complete fleet management platform, and DealerSocket, a leading SaaS provider to the automotive industry.  With operations in more than 90 countries, Solera is the global technology and solutions provider operating in the vehicle lifecycle management ecosystem. Solera’s software and data assets power […]

Mourning Mazda6: Mazda announced the Mazda6 will be discontinued in Canada and U.S.

Toronto, Ontario — Mazda recently announced that the Mazda6 midsize sedan will not return in Canada and the U.S. for the 2022 model year and production in Canada will end in July. “As remarkable a vehicle as the Mazda6 was, it faced adverse conditions in an ever-shrinking segment as consumers abandoned sedans in favour of […]

MSO Symposium spells out the ABCs of consolidation 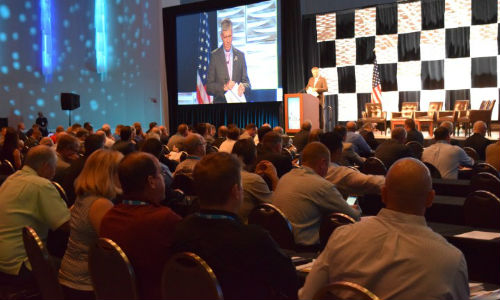 By Jeff Sanford Detroit, Michigan — July 27, 2015 — The big story in the industry these days is the ongoing process of consolidation. There are several major firms involved in buying up existing collision repair facilities to create large chains of stores that can offer lower cost service by reaping economies of scale. This […]