Edmonton, Alberta — A new amendment to Alberta’s Traffic Safety Act will require drivers to slow down to at least 60 kilometres an hour when passing stopped roadside worker vehicles with flashing lights. The updated Bill 5 aims to cover roadside maintenance workers and snowplow operators with protection under the Traffic Safety Act; similar to […]

Toronto, Ontario ⁠— Ontario will implement a series of restricted towing zones along Highways 401, 400, 409 and 427 in an effort to “clear collisions or vehicle breakdowns on highways more safely and quickly,” according to the provincial government.  First announced in March 2021, the new Ontario Ministry of Transportation (MTO) pilot program will only […]

Toronto, Ontario – In this week’s electric and autonomous vehicle report, Tesla has secured more than a million Cybertruck reservations, Ontario’s Liberal party promises to bring back EV incentives and the Vancouver fire department unveiled their new electric fire truck. Error 404: Cybertruck not found The Tesla Cybertruck is quickly becoming one of the most […] 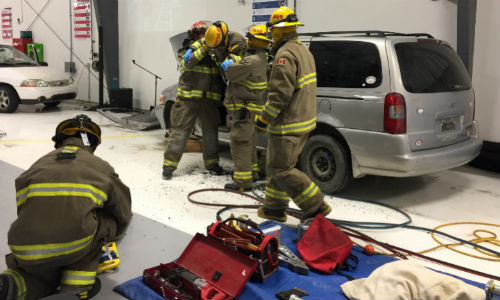 Martensville, Saskatchewan — March 21, 2017 — Teenagers compose a relatively small percentage of licensed drivers, but they run the highest risk of being involved in serious or even fatal collisions. Several hundred high school students from Dalmeny, Martensville and Warman got a first-hand look at the causes, and aftermath, of collisions during a “Safe […]