Dearborn, Michigan – On Mar. 2, Ford announced their intent to split the company into two units. The Ford Model e division would focus on electrical vehicles (EVs) while the Ford Blue division specializes in carbon-producing internal combustion vehicles. In their press release, these divisions would operate as distinct businesses, but continue to share their […] 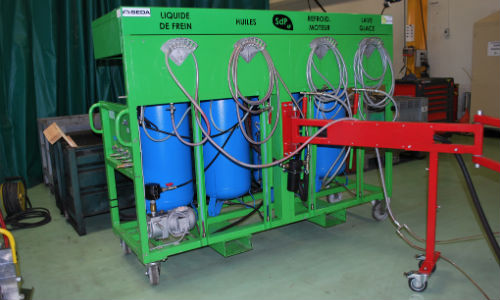 By Anna Davey Charlottetown, Prince Edward Island — January 27, 2016 — Dalbert Livingstone of Island Auto Supply recently made a major investment, both in his business and for the environment. Like many auto recyclers, he knew he wanted to invest in equipment that would speed up production time while also reducing environmental impact. He […]