Calgary, Alberta — Members of Alberta’s automotive aftermarket industry were back on the green this Thursday for the return of the annual CRASH IT golf tournament, back in its twentieth year and boasting a record attendance of more than 200 golfers this time around. “This year’s event was our best to date,” said Emile Fremont, […]

Calgary, Alberta — This year’s Calgary Regional Appraisers Southern Hospitality Invitational Tournament (CRASH IT) golf tournament will take place on August 25, 2021 at the Hamptons Golf & Country Club in Calgary, Alta.  The CRASH IT tournament began in 2002 as a social event for people in the collision repair industry. It has now evolved […]

CRASH IT tournament raises over $2,000 for charity 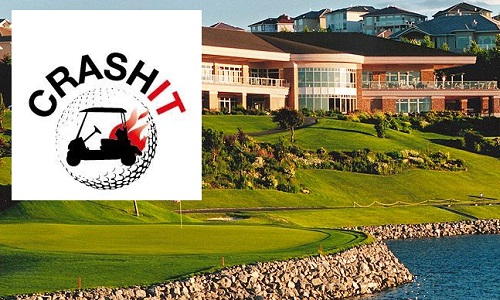 By CRM Staff   Toronto, Ontario – July 23, 2018 –-Over $2,000 was raised towards Brown Bagging for Calgary Kids thanks to proceeds from the Calgary Regional Appraisers Southern Hospitality Invitational Tournament (CRASH IT).    The event, which was held at the Hamptons Golf & Country club, celebrated its 16 year with 120 golfers attending. […]