Barcelona, Spain — May 25, 2016 — Training, advanced driver systems and the power of technology were all under discussion at the second day of the International Bodyshop Industry Symposium (IBIS). The event, taking place at Hilton Diagonal Mar in Barcelona, Spain, concluded on May 25. Collision Repair magazine is the exclusive Canadian Media Partner […]

By Jeff Sanford Toronto, Ontario — March 16, 2016 — Spring is coming and so is the annual IBIS conference. Industry professionals will gather in Barcelona, Spain this May for the event. As the exclusive Canadian Media Partner for IBIS, Collision Repair magazine is bringing you previews of some of the speakers that will appear. […] 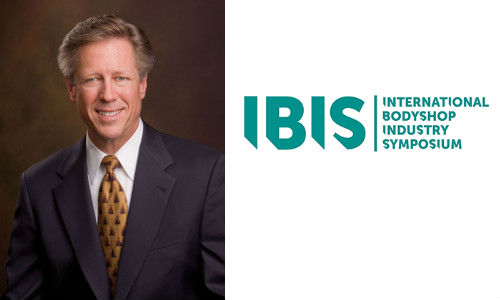 By Jeff Sanford Toronto, Ontario — February 1, 2016 — The collision world is gearing up for another big event. The International Body Shop Industry Symposium takes place in Barcelona, Spain and promises to examine the collision industry from the very highest levels. Collision Repair magazine is the exclusive Canadian Media Partner for IBIS. Continue […]

London, United Kingdom — January 12, 2016 — IBIS has announced that Richard Offermann, Industry Leader Automotive at Google, and Tanja Hufschmidt, Analytical Lead at Google Automotive, will deliver the keynote presentation at the IBIS Global Summit 2016, on May 23 to 25 at the Hilton Diagonal Mar in Barcelona, Spain. Collision Repair magazine is […]