Victoria, British Columbia — ICBC has officially entered the interactive space with the launch of the government insurer’s new driving simulation and training tool, Street Sense, available now on Steam and mobile app stores. For its first foray into what arguably borders on the world of gaming, ICBC has unveiled an app that puts users […]

Toronto, Ontario — In what looks kind of like “Minority Report” for the auto industry, Vaughan, Ont.-based auto parts manufacturer, Martinrea International has joined forces with Next Generation Manufacturing Canada (NGen) to develop a “supply chain resiliency platform” to predict and inform manufacturers, and in turn, the industry, of potential disruptions. This announcement comes alongside […]

Toronto, Ontario — Skills Ontario launched a new “career exploration” app for Android and Apple devices in December that aims to connect the province’s skilled tradespeople of all ages and skill levels with training and employment opportunities. The app puts new users through a quiz that matches them up with employment opportunities relevant to their […]

Toronto, Ontario — Taking the commitment to customer service one step further, asTech has announced that they have begun offering a live-chat function to connect customers with asTech technicians via the company’s mobile app and on their website. This new update to asTech’s digital offerings will allow customers to “chat back and forth to discuss […]

Toronto, Ontario — CIECA is excited to welcome it’s newest member, Retyrn, to it’s ranks, according to a press release from Tuesday. A consumer-facing accident reporting company based in Palo Alto, CA, Retyrn was established in 2019 to develop a mobile app that allows consumers to report a First Notice of Loss (FNOL) and is […] 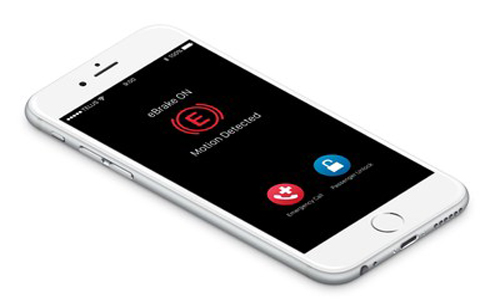 Vancouver, British Columbia — July 12, 2017 — Distracted driving continues to be a leading cause of collisions resulting in injury and death, but a company called eBrake Technologies says it has a solution. The company has announced a pilot program that will offer the eBrake smartphone app to select Telus team members and fleet drivers […]