By CRM Staff Vancouver, B.C. — February 5, 2018 — Airbus rescently celebrated a milestone accomplishment when its Vahana aircraft completed its first full-scale flight. Designed to be the first unmanned aerial taxi, Airbus hopes the vehicles may one day replace all taxis on the road. The Vahana aircraft is a pilot project from Airbus’s […]

The Autonomous Report: NuTonomy beats Uber to the punch and MIT and DARPA are teaming up to make cheaper LIDAR 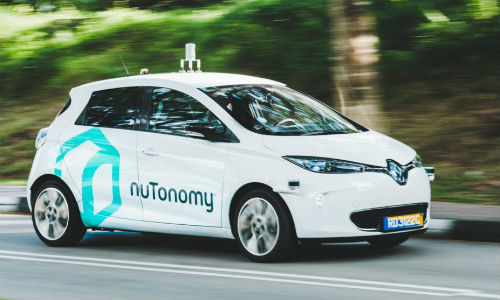 By Jeff Sanford Toronto, Ontario — August 28, 2016 — Singapore is trying out the world’s first self-driving car service, MIT and DARPA have teamed up to put LIDAR on a microchip, a UK start-up is developing technology to allow autonomous vehicles (AVs) to do without pre-generated maps and Domino’s autonomous pizza delivery robot is […]