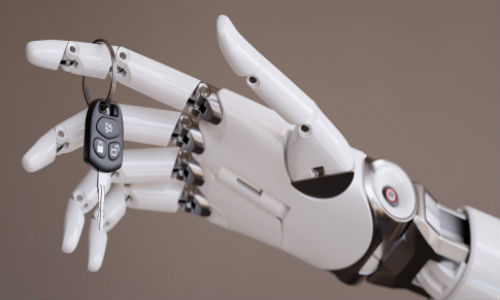 Ottawa, Ontario — September 29, 2016 — Hold onto your hats, folks, and prepare to be shocked. It turns out the general public doesn’t actually understand the limits of automated vehicle technology. That’s according to Robyn Robertson, President and CEO of the Traffic Injury Research Foundation (TIRF). Robertson is also the lead researcher on a new study that looks into motorists’ knowledge and attitudes regarding automated vehicles.

The study was released by TIRF in partnership with the Toyota Canada Foundation (TCF). More than 2,600 Canadian drivers responded to a poll that investigated driver knowledge, attitudes, and practices in relation to semi- and fully-automated vehicles.

The increasing availability of advanced safety features that work in tandem, such as lane-keeping and forward collision warning systems, are steps towards the development of automated vehicles. Expectations are high that the advent of semi- or fully-automated vehicles will dramatically reduce road crashes. Whether that actually happens will ultimately depend on drivers.

“Some organizations will tell you that automated vehicle technology is intended to replace the driver. Our view is that advanced active safety technology is meant to enhance a driver’s control of their vehicle, but that it is not a replacement for a knowledgeable and attentive driver,” said Stephen Beatty, Vice-President, Corporate at Toyota Canada. “This study tells us that we, as an industry, still have lots of work to do when it comes to educating drivers about the capabilities and limitations of the technology.”

Results of the TIRF poll indicated that Canadians will want to use semi-automated vehicles to drive in bad weather, heavy traffic and poor road conditions, but these are precisely the conditions under which automated technology is currently most likely to fail.

“These findings underscored that drivers are not aware of their continued role in the safety equation as these vehicles become available,” said Robertson. “Such misperceptions have real potential to negatively affect driver behaviour and result in either unintentional misuse or abuse of technologies that are able to assist drivers, but not replace them.”