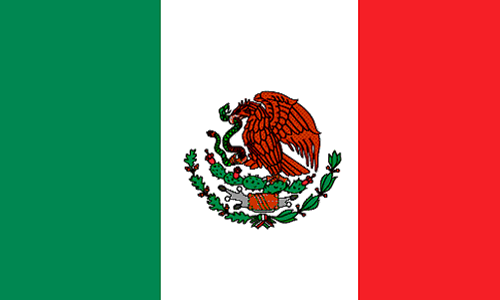 This year’s first Collision Repair magazine is still hot from the presses, our online audience can get another sneak peak inside without risking their fingertips. In this special sneak preview, we take a look at an unlikely investment idea, expanding into the Mexican collision repair market.

In our reports on the international scene, Collision Repair Magazine has paid little attention to Mexico. The auto repair industry long seemed to so different in structure to its Canadian counterpart that it was not worthy of serious investment consideration. But times have changed, and opportunities are knocking to the south if anyone is bold enough to listen. And fortune, dear reader, has always favoured the bold. First, let us be very clear – the industry in Mexico remains a very different beast than the insurer­drivenmodel that has made this industry so stable in Canada. To start, there is no mandatory insurance.Only 1.3 of the 4.3 million car accidents that happened in 2016 were covered by insurance companies. The rest are performed by an immense  – and informally trained –  underground economy manned by more than 70,000 uncertified technicians.

IIndustry model aside, there is also there is the question of how much value is in the average Mexican car. Of the 30 million vehicles on the nations roads, more than half are more than fourteen years­old – compare that to eight years­old in Canada, and the differences become even starker – in Mexico, most drivers will keep their vehicle running until it crumbles to dust, having never once taken it in to a qualified bodyshop. So why the change of heart on our parts?

To begin with, all of the 1.3 million insurer­ driven repairs – that is just 100,000 fewer than in Canada – all are performed by just a few thousand trained technicians. While in Canada, they have an average wage above forty dollars per hour, certified technicians in Mexico can expect just eight. With just 2,000 receiving certification last year, the size of the insurance­driven workforce may be dwarfed by their underground competitors, but it absorb the vast majority of the industry’s profits nationwide. In fact, the insurance­ driven side of the economy saw $1.25 billion of business in 2017– compared to Canada’s $1.75 billion. Secondly, while the uncomputerized mechanisms in the aging Mexican fleet may be easily serviced by untrained techs, the 28 ­percent of drivers who are covered by insurance have much newer, and far morecomplex­to­repair, vehicles. Just take a look at the number of alternate fuel vehicle on Mexico’s roads.In 2015, the government registered just 1,437 new alternative fuel powered vehicles on the country’s roads. In 2016, that number jumped more than four times, to 6,560. While the numbers for 2017 are not yet known, a strengthening economy and gas prices that ticked up precipitously in the latter half of the year – it seems likely that Mexico will see another four-fold rise in AV registrations.

Read the whole story in Collision Repair magazine, arriving in your mailbox around Valentine’s Day. To subscribe, go to collisionrepairmag.com/subscribe.