CREATING A STRONGER FUTURE, TOGETHER

An in-depth analysis of Simplicity's 2020 Outlook Report, straight from the sources!

Simplicity's co-branding model will keep you in the driver seat, while simultaneously opening the door for opportunity!

Hear why these shopowners chose to partner with Simplicity—and never looked back!

All your questions answered by Simplicity's team, live and on the air! 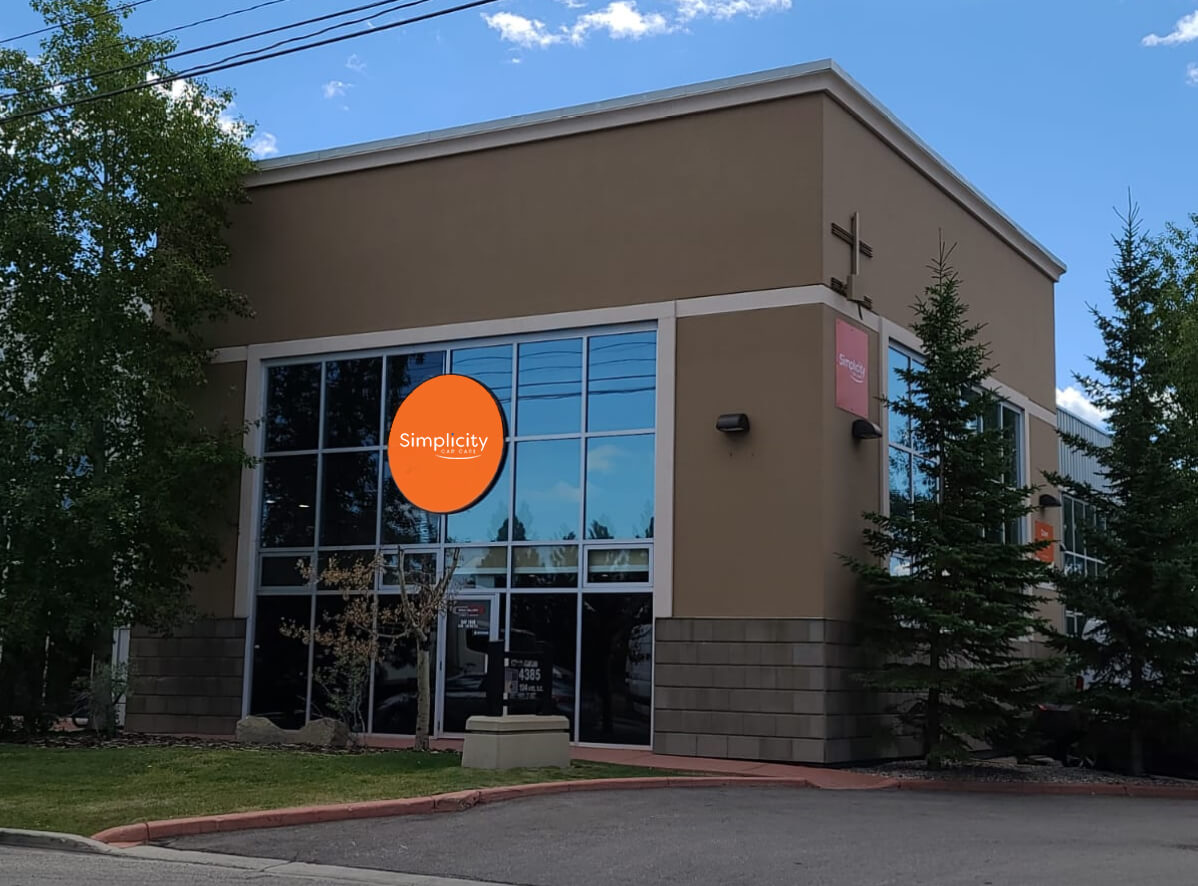 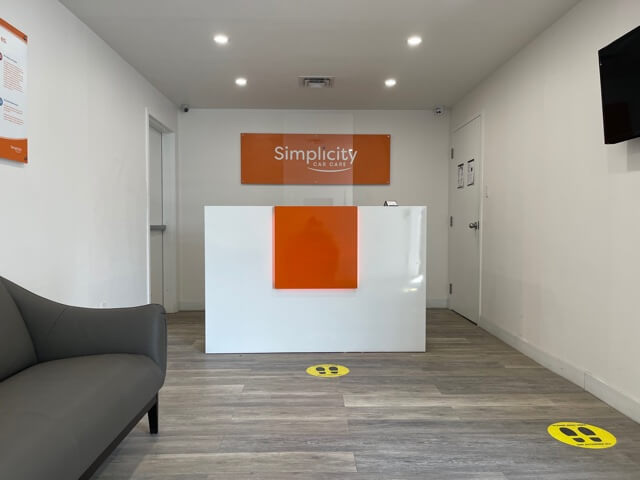 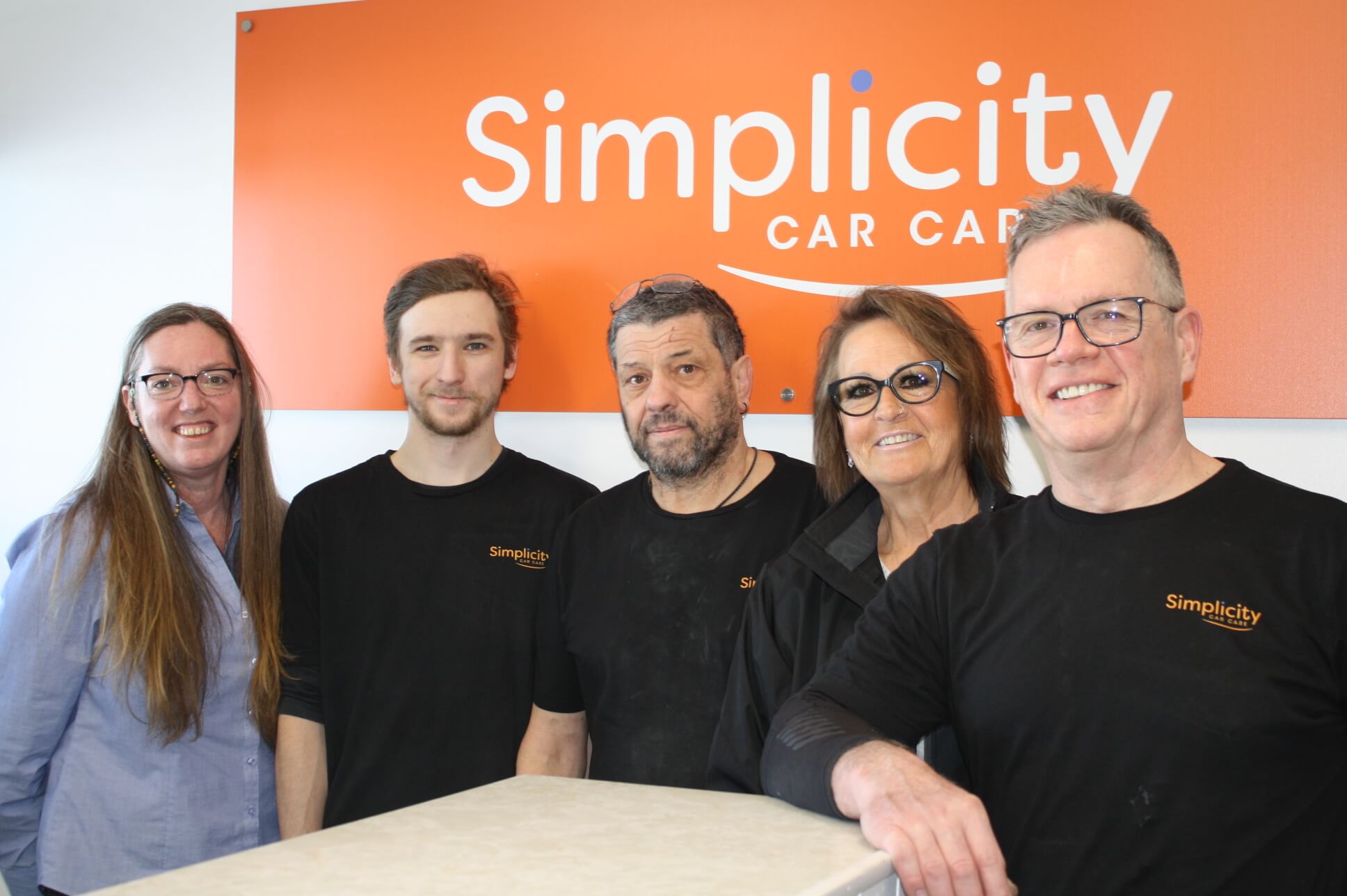 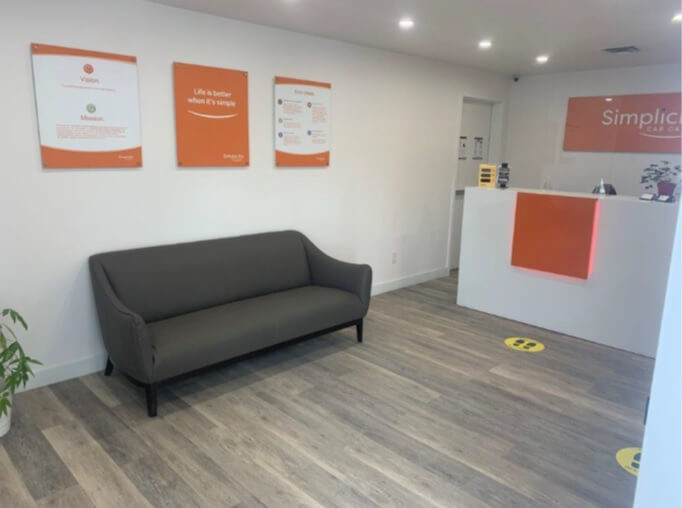 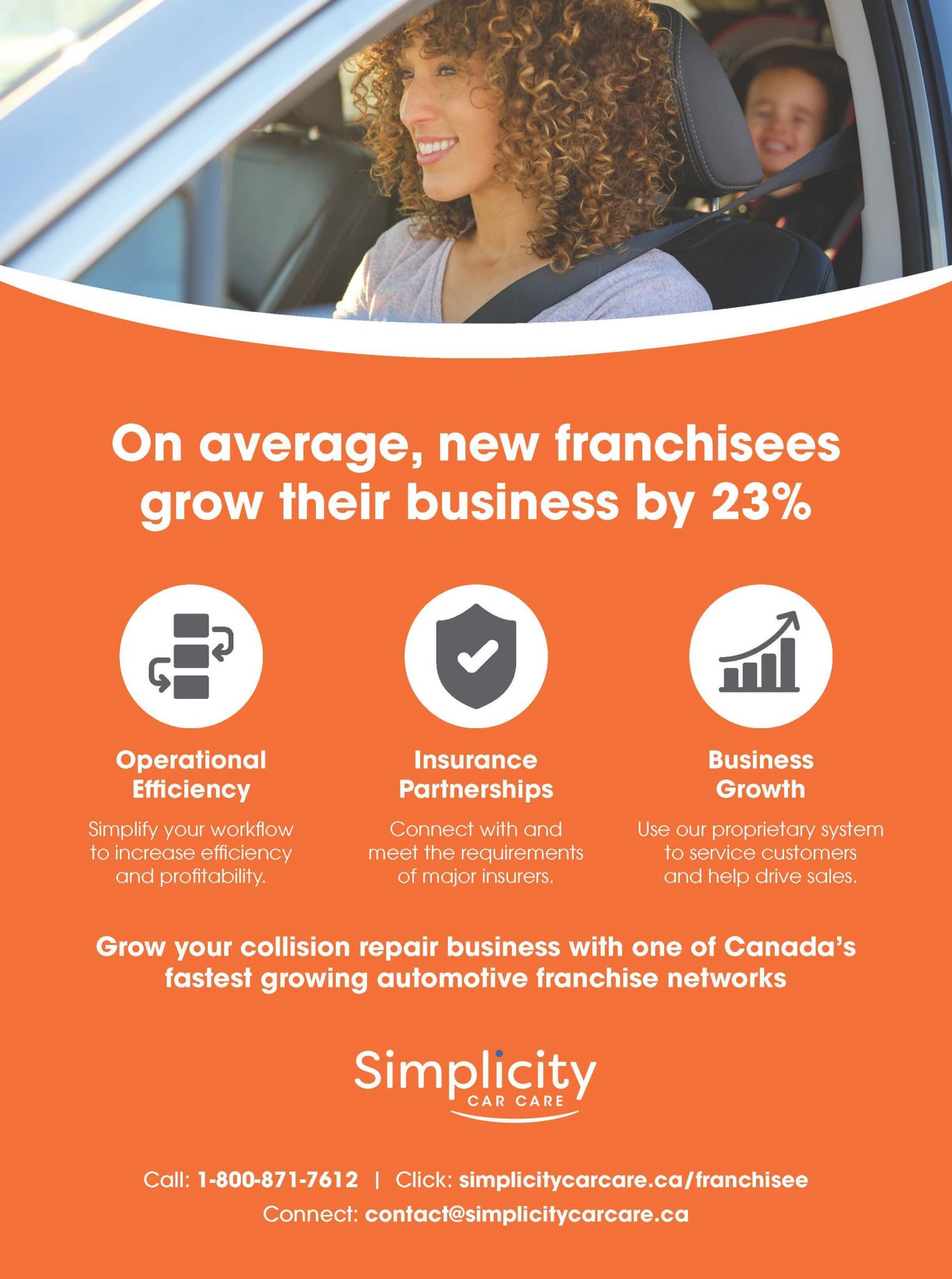 Greg spent his early life always involved in family business. Owning and operating one of Canada’s largest optical Wholesale networks, Wing and his family decided to exit the industry in late 2007 when they felt that they had just gone as far as they could. After some time as a consultant in the medical field and business purchases and acquisitions, Greg found that his love for all things automotive and his enjoyment of people was an excellent fit in the dealership world. In Early 2008 Greg was soon the sales manager at 2 of the highest volume auto dealers in Canada. Working with young and new salespeople to the industry, he thrived on teaching and helping guild people in a new career. When asked why working with new hires was important, Wing responded, “It seems that most salespeople, when they applied for a job with my companies, had started out in car sales. This career has been very rewarding for me and becoming a professional salesperson has allowed my family a lot of opportunities over my career. I found this an excellent way to help people and watch them grow in a very rewarding career.”

In 2013 Greg joined Discount Car and Truck Rentals as the associate director of sales for western Canada. A fast introduction to the insurance world followed. Working closely with both the repair facilities and the insurance companies, Greg was able to build lasting relationships that pass the boundaries of just work acquaintances and reached the level of personal friendship.

When the opportunity to work internationally in hail repair as the Director of Canadian Operations for one of the largest hail repair companies presented itself, Greg decided to learn a new aspect of the industry. Working across all regions of north America, he was able to see how the vast differences in regions and laws effected the insurance repair world and that of a body shop. This experience lead him to Simplicity Car Care today.

When asked what attracted him to Simplicity, Wing responded “The months I spent getting to know the executive members of SCC really showed me that they have passion for the industry, but most importantly for the people they work with. They used the term family on so many occasions, that I soon saw that it was not just a term, but a true way of life. I started to think about our own family business and what might have been had we had the support, ideas, vision and opportunities that Simplicity offers their franchisees. I strongly felt that if this type of opportunity had been available to my family, that our lives and business would have been very different. I then became very excited at the fact that I could now help small businesses, often family owned and operated, move to the next level and thrive. I couldn’t pass up joining such a great team with the opportunity to help people like my family.”

On a personal note, Greg has 5 wonderful children that age him, but a grandson that help keep him young. He likes to collect and work on classic cars and hot rods and has a passion for motorcycles, touring across most of western North America over the years. President and founder of a Calgary Flames Alumni Charity, Goal on Sight, he has operated this for 20 years and helped thousands of children get proper eye care in Alberta. Greg Spent over 20 years as a Rotarian and today works with charities across Canada as a fund raiser brining the Las Vegas Dueling Pianos to Canada for events to raise awareness and funds for charities. 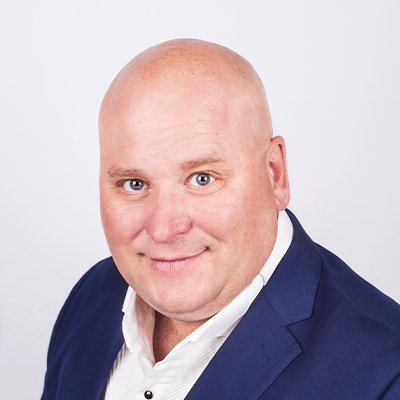 Greg Wing, Simplicity Car Care
Business Development Manager
Domenic is a Canadian-born entrepreneur and a business transformation specialist; Domenic is also a Co-Founder of Simplicity Car Care. Domenic is happily married for ten years and is blessed to be the father of two beautiful children. In his free time, Domenic loves spending time at parks or Kew Beach with his family, and he loves reading books and listening to audiobooks. Domenic has a small group of entrepreneurs that he mentors on all matters of professional and personal development; and is an article contributor to industry related magazines. As a business transformation specialist with foresight and imagination, he believes that his purpose in life is to help as many people as possible “become just a little better today than we were yesterday.” Domenic has an impressive track record of owning/operating single store locations, managing Multi-Shop Operations (MSO) and guiding a Network of sixty sites to levels of unparalleled performance in the collision repair space. A key driver to these accomplishments is Domenic’s ability to “cast the corporate vision” and to support the Senior Leadership Team and Direct Reports with the execution of the business plan by creating shor-term goals that will compound the overarching annual business goal.

Domenic grew up in the collision repair industry, as his family owned a collision centre where he would gain employment at any time off from school and the weekends. Throughout this time, Domenic has held positions in every department of a collision centre. It was in his early 20’s that he would gain experience as a collision centre manager. Within Domenic’s first three years of management, Domenic changed “the lens” he viewed the business. With a greater focus on developing the Leadership and process understanding of himself and his direct reports, it was then that Domenic began his journey of process improvement. By studying key performance outputs and learning how to compress time frames, Domenic became a leader in process conversions of collision centres. Improving his craft by helping other collision centres start their journey through process improvement. Before co-founding Simplicity Car Care, Domenic held the position Director of Operational Excellence for an MSO in the GTA, Ontario.

When Domenic Co-Founded Simplicity Car Care, the collision centre he led was a top 10% performer in North America, with 10% of sales as levered free cash flow. Throughout Domenic’s career, he has joined Advisory Teams for PPG Industries, where he played a role in critiquing and training process improvement content for PPG customers across North America. Domenic currently sits on the Program Advisory Council (PAC) at Centennial Colleges Automotive Repair and Parts Programs. Domenic has also earned Lean Six Sigma Black Belt (LSSBB) from Lean Six Sigma Canada. Domenic is currently working on a thesis that will allow him to achieve the Lean Six Sigma Master Black Belt (LSSMBB). At Simplicity Car Care, the Network is the highest performing Network in Canada and is a Key performance output leader with two of the top five insurance partners in Canada. Currently, Domenic’s roles and responsibilities at Simplicity Car Care consist of providing Leadership to the Operations Team and Franchise Network, managing the client experience and NPS rating, creating procurement initiatives for the Network, improving unit economics and leading all initiatives in innovation and R&D 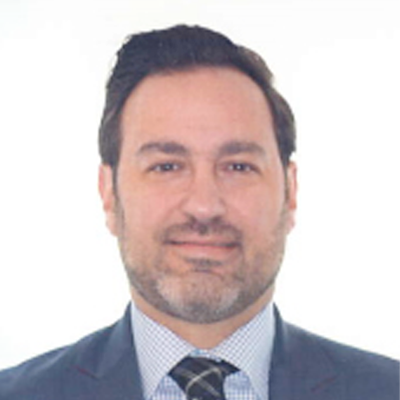 By subscribing to Collision Repair you’ll make sure you never miss out on the most up-to-date industry information! Ensure you stay in the know by selecting a print or digital subscription and don’t forget to sign up for our daily ezine to stay up-to-date between issues! 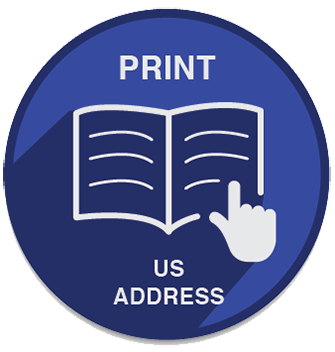