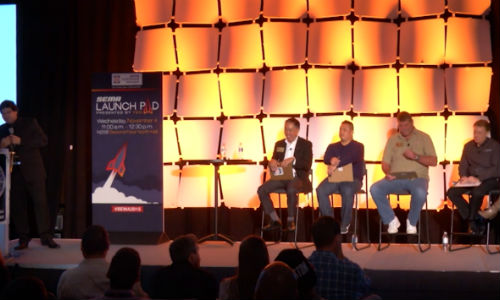 Diamond Bar, California — March 31, 2016 — Young and emerging entrepreneurs in the automotive aftermarket are often full of ideas and are willing to work hard, but they may still need help to jumpstart their business. An announcement from the SEMA Young Executives Network (YEN) showcases a new opportunity to do just that.

SEMA YEN is now accepting applications for its annual Launch Pad competition at sema.org/launch-pad. The program is now in its fourth year.

According to Ian Lehn, CEO of BOOSTane, “The Launch Pad competition and its subsequent prize package took my company from a grassroots movement in the corner of the country, to nationwide and being sold in 23 different countries. Every step of the way it was a game changer.” Lehn was the winner of the 2015 Launch Pad.

The competition offers innovators, inventors, and entrepreneurs under the age of 40 an automotive industry platform at the SEMA Show. Competitors submit an online application which is reviewed by industry veterans and experts. The competition culminates at the SEMA Show, where the finalists pitch their businesses to a panel of industry judges during a live event.

This year, participation is open to companies regardless of SEMA or YEN membership.

“Our goal is to find and support the best and brightest in the automotive aftermarket industry,” says John Rosanbalm, YEN chairperson. “Many potential participants may not have the means to become members, and for the first time, these companies will be able to compete in the Launch Pad.”

Following the SEMA Show, Launch Pad competitors in the past have seen successful business growth of 300 percent and continue to grow.

“The prizes were great, but the publicity that came from just competing in Launch Pad was absolutely invaluable,” says Lehn. “SEMA is really working to support innovation in the aftermarket, and their support of this event has been great for us. We saw immediate sales growth, and are still making connections and growing thanks to Launch Pad.”

Please visit sema.org/launch-pad for more details and an application. You can also get more details in the video below.

PrevPreviousPro Spot offers free I-CAR training with welder purchase
NextFriday Fun: Caught on a wire, Tory is tops for Toronto towing and Dyson may get into the car businessNext