Quiz results: How much do you know about the CCIF and Skills Canada competitions? 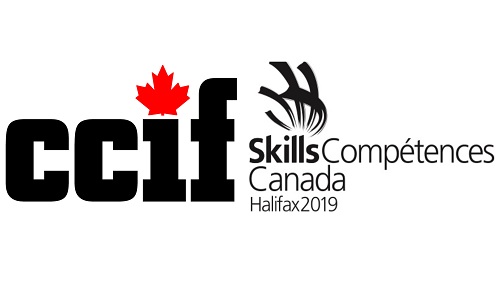 Toronto, Ontario — May 29, 2019 — With the Skills Canada competition and Canadian Collision Industry Conference in Halifax recently taking place, Collision Repair decided to test the knowledge of its readers with its weekly survey. Check out the answers below to see if you scored correctly!

1. When was the Canadian Collision Industry Forum formed?

ANSWER: 1998
The Canadian Collision Industry Forum’s (CCIF) was first formed when there was a meeting facilitated by the Automotive Industries Association’s Paint, Body & Equipment Council in September of 1998. Collision repairers, insurers, suppliers, trainers, trade associations and service providers from across the country.

2. Where was the first CCIF meeting held?

ANSWER: Edmonton
This was quite the trick question, but in this context Collision Repair was refferring to the location of the very first CCIF meeting ever, which was Edmonton. As for the first meeting that was held this year, it was in Toronto.

3. How many Skills competitions categories are there a year for Canadian participants?

ANSWER: Three categories- Pronvincial Skills, Skills Canada and WorldSkills.
Students in Canada have their chance to compete within their provincial region, and then if they succeed they will move onto nationals, otherwise known as SkillsCanada. The champions from that competition will then have a chance to go up against the world’s top competitors for the WorldSkills competition.

4. Where is WorldSkills competition taking place this year?

ANSWER: Kazan, Russia.
Team Canada will travel to Kazan, Russia this year for the 45th WorldSkills Competition. More than 1,300 competitors from up to 79 countries and regions will compete in more than 50 skill areas at the Kazan Expo.

5. Where is the 2020 SkillsCanada competition taking place?

ANSWER: Vancouver, B.C.
SkillsCanada B.C. will be hosting the Skills Canada 2020 National competition in Vancouver on May 27 – 30, 2020 at the Vancouver Convention Centre.

6. What kind of categories in terms of collision repair would you like to see in the future for the Skills competitions?

In terms of collision repair, there are only two categories of competitions which include, autobody and paint. Thirty percent of collision repairers who particpated in the survey shared that they would like to see an additional competition added testing students ability to perform a paintless dent repair procedure. Twenty-three percent responded with a remote diagnostics procedure, and 15 percent said auto glass repair. While these were the popular suggestions, there was still a solid 23 percent that said they wouldn’t change a thing and are content with the two categories.