Pre-SEMA Plans: What some of the top brands have planned for SEMA360 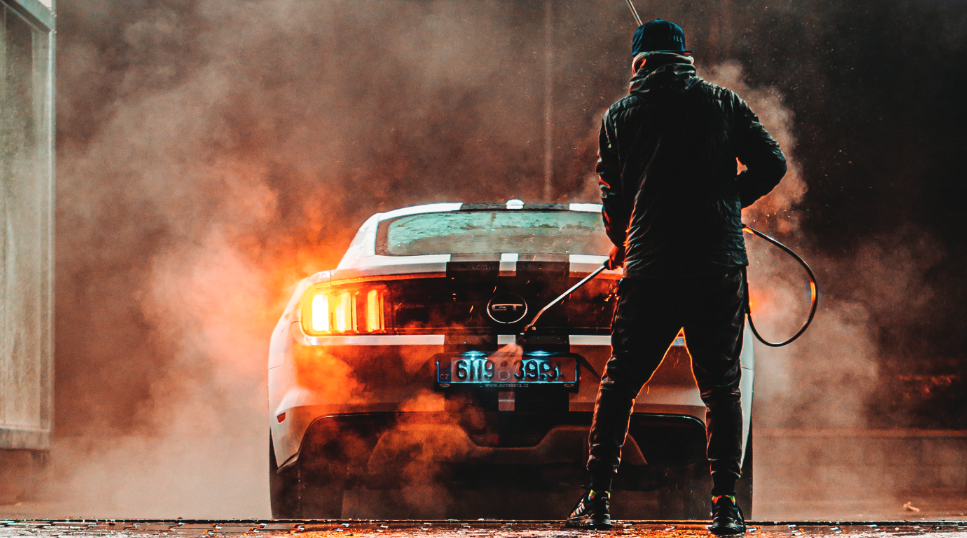 As SEMA360 draws nearer, the automotive aftermarket is on the edge of its seat waiting to see what this year’s virtual event has in store. While this year’s SEMA Show won’t place us all in the same room for its typical networking extravaganza, show organizers have been working hard to make SEMA360 as close to the real thing as possible.

Collision Repair has reached out to some of the industry’s top companies to get the inside scoop on what they have planned for this year’s slightly different SEMA Show.

With almost 100 years of expertise in the automotive industry, 3M is proud to say it knows the nooks and crannies of auto design, manufacture and repair. 3M knows that SEMA is one of the most important trade events for their industry which is why they are proud supporters of the show.

With COVID challenging the aftermarket in so many ways, 3M says they are thrilled to see SEMA continuing its commitment to exhibitors and attendees by making SEMA 360 a virtual event. “3M will be attending SEMA as an exhibitor because of our strong commitment to the association, the welfare of the industry and ensuring the connection with our customers and partners as we move through these challenging times,” said Craig Jalbert, business manager of 3M’s automotive aftermarket division.

For AirPro Diagnostics, the annual SEMA show presents an invaluable opportunity for businesses looking to connect with colleagues and consumers and equip themselves with the latest industry news and products. “We have always been supporters of the SEMA event. I know things are a little different this year, but as an industry, it’s important that we get together on some platform and have the ability to share our products and ideas to maintain some form of normalcy,” said Eric Newell, vice-president of field operations at AirPro.

This year, AirPro will be bringing the latest and greatest from the AirPro Diagnostics platform and the Orion-based management software. As far as new products go, the company plans to reintroduce the new-and-improved features of its augmented reality calibration tool, Auggie, which was initially unveiled at last year’s show while in an early beta phase.

This year, Arslan Automotive will showcase its 3D measuring system and welding tools, with video demonstrations and extensive information on the products available to SEMA360 attendees. Further, the company is prepared to connect attendees with reps across North America for any inquiries or product purchases.

Arman Gurarslan, founder of Arslan Automotive said he feels its important for the company to be present at this year’s virtual show. While a virtual SEMA is unlike anything we’ve ever seen before, the event will provide a critical opportunity for the industry to connect, said Gurarslan.

BASF will be present at SEMA360, and the company plans to support attendees and customers through a comprehensive exhibit. “SEMA is one of the most highly anticipated events for our industry and even though SEMA360 is virtual, it is still considered a major event and part of the BASF trade show schedule,” said Tina Nelles, marketing services manager for BASF. “This year’s exhibits will still offer an opportunity to connect with so many partners and customers all in one place. It is definitely worth being there.”

BETAG Innovation has been working hard to provide online training options amid the pandemic. The BETAG training suite features a host of courses in different formats, including 30-minute modules and longer e-classes led by BETAG instructors, along with the hugely helpful Ask A BETAG Trainer service, which can easily connect techs with trainers in a pinch. Dave Flockhart, BETAG’s chief operating officer, says his company is striving to achieve greater brand awareness at this year’s SEMA Show. 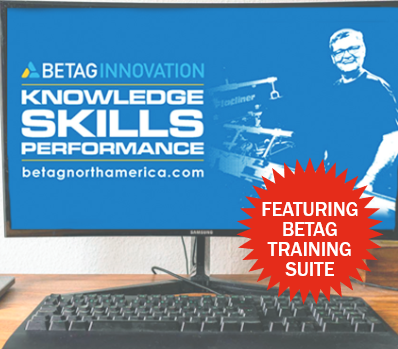 Jeff Schroder and Car-Part are on the leading edge of changing the landscape of the recycled parts industry and the company plans to use SEMA360 to show off some new features for Integrated Car-Part Pro (iPro). “We’ll be showing off some new features of iPro, which won some industry innovation awards. We’ll also be talking to vendors and part suppliers to continue increasing our part supplier marketplace,” said Schroder.

Schroder and Car-Part are actively changing the way used car parts are bought and sold with its iPro marketplace. “SEMA attendees should check us out because our iPro marketplace is really dramatically improving recycled part usage and alternative parts. It’s also a good opportunity for the shops to see all the new features and how we can help them source parts.” 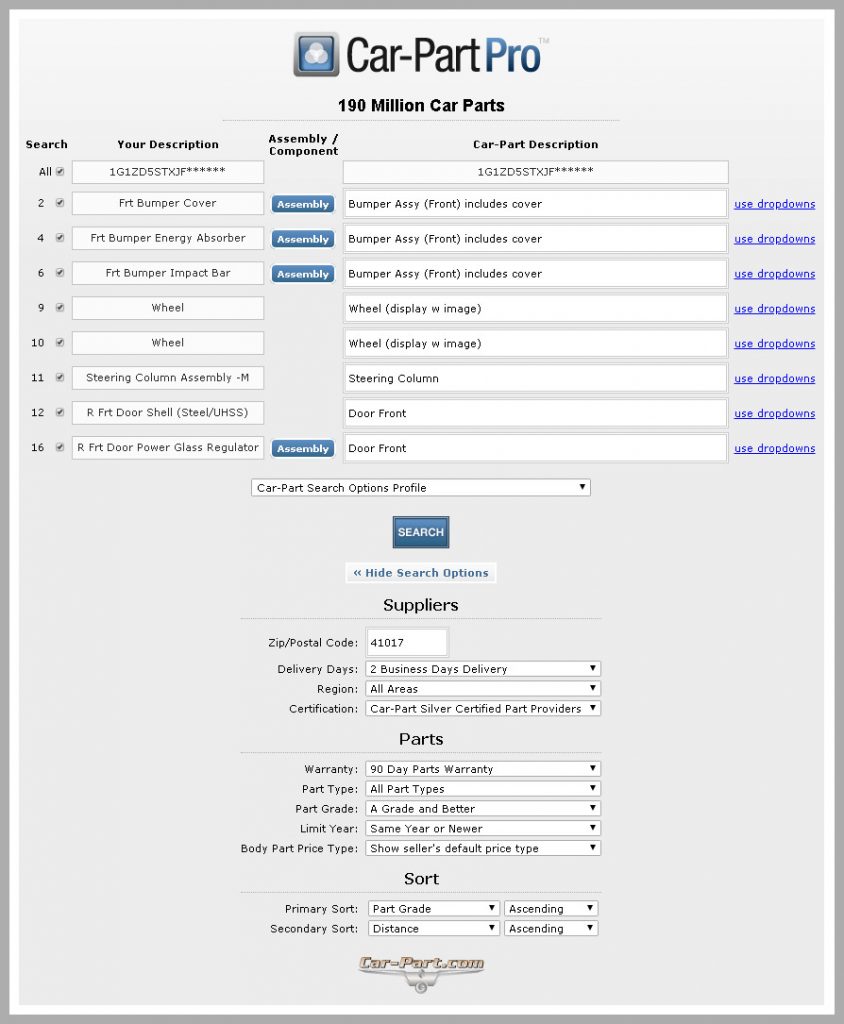 EMM International BV is focused on showcasing its UV drying and curing technology at SEMA360. With demonstrations planned for its suite of products, EMM will also be launching newly developed Special UV Body Fillers at SEMA360, which the company said can help in boosting your bottom lines and increasing overall productivity.

The company will also be showcasing its UV Drying Lamp, and reps will be available to answer any questions customers may have. Thomas van de Kooiji, managing director of EMM International BV, said being part of this year’s show is hugely important to the company. 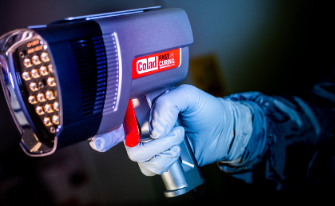 Induction Innovations is bringing the heat to the SEMA360 virtual show this year, featuring the Mini-Ductor Venom HP – the highest-powered Mini-Ductor yet that packs a punch at 1800 watts! The company is planning to showcase two product lines this year – the Mini-Ductor Series and the heavier-duty Inductor Series. Discover which applications and key features are best suited for your clients’ operations!

Elizabeth Charlton, Induction Innovations’ Marketing Manager, said the company has been working to demonstrate how induction heat is useful in auto glass removal, which included employees getting hands-on experience! “We’ve made videos demonstrating how to use induction heat for glass removal without the use of knives, wires or dissolving solutions,” said Charlton. “It’s a trending topic right now and people will definitely want to see this process in action.” 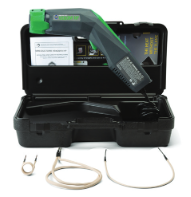 While Polyvance president Kurt Lammon said he’ll miss the large crowds that typically gather at the company’s booth for its impressive product demonstrations, he and the team plan to push ahead with SEMA360 as best as it can.

While Polyvance plans to provide live demonstrations through the SEMA360 platform, the plastic repair company will also be showcasing two new products—its Shim Jim bumper tabs and the Tab Magic Moulding Putty. “Nobody else on the market has anything like this,” said Lammon. “It’ll save the repair technician time and allow them to make a higher quality repair.” 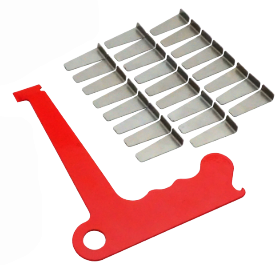 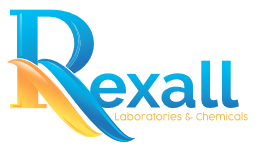 This year Rexall Laboratories and Chemicals will make its SEMA debut at the SEMA360 virtual show. Company president Ryan Rahbar is excited to introduce Rexall’s newest product, Spray X, which has been approved by Health Canada Disinfectants for use against COVID-19. Rahbar said that when Spray X was introduced to the Canadian market in April, Rexall was moving up to 20,000 gallons a day.

While Rahbar never saw himself selling cleaning products, the pandemic presented a perfect opportunity for the company to expand its business. “I may have never seen myself selling cleaning products, but when you have a great team and a positive working atmosphere, you become passionate and proud of everything you do. We’ve created an exceptional product and we’re excited to show it off at SEMA360,” said Rahbar. 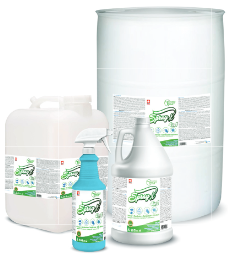 SATA has been on the cutting-edge of employing virtual showrooms and webinars, and SEMA360 will be no exception. The paint equipment company will be unveiling a special edition spray gun, the SATAjet X 5500 Bionic at the show, said John Turner, general manager for SATA Canada.

“SEMA is traditionally where we debut a special edition gun, and this year it’s a Bionic gun with an x-ray effect finish, which displays the inner workings of the gun on the outer surface. It’s already debuted in Europe, but SEMA360 will allow people to get a good look at it,” said Turner. 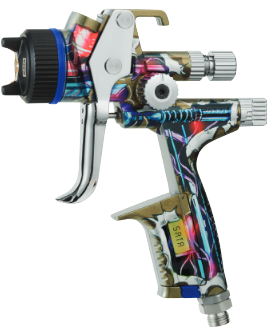 Spanesi’s SEMA360 setup will feature a 360-degree virtual tour of its U.S. training centre, where attendees will be able to ‘walk’ around the premises and explore the company’s complete suite of collision repair products. Further, clicking on one of Spanesi’s many products on display will open a full brochure of information, as well as instructional and operational videos for your viewing pleasure.

Tim Morgan, the chief operating officer for Spanesi Americas says the company is determined to replicate the in-person SEMA networking experience in this year’s virtual format. While this year’s show won’t sit us physically in the same room, Spanesi is dedicated to providing the industry with the support and equipment it needs to thrive at SEMA360 and beyond. 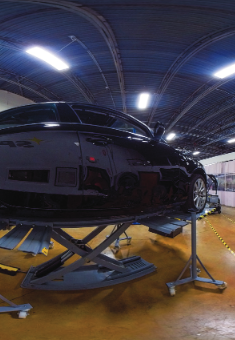 PrevPreviousDigital Dilemma: Lean in to the world of online tradeshows!
NextSwRI Achieves 20% Improvement in Vehicle Fuel Efficiency With Connectivity, AutomationNext