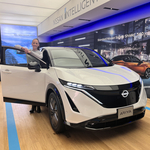 MISSISSAUGA, Ontario–(BUSINESS WIRE)–Nissan Canada is proud to announce that they have extended their agreement with Quebec actress Karine Vanasse to be the brand’s spokesperson in Quebec for the next three years. 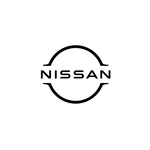 Appointed as ambassador for the Rogue in 2020, and as spokesperson for Nissan in Quebec in 2021, Karine’s partnership with Nissan Canada is firmly established among Quebecers. Karine brings her style, energy and confidence to Nissan. This led Nissan Canada to call upon Karine again to shoot an action film campaign.

“Quebec is an important market for Nissan, and this partnership demonstrates our commitment to standing out and remaining close to Quebecers’ hearts. In renewing our collaboration with Karine, we are continuing to create relevant communication campaigns while maintaining the relationship created between Nissan, Karine and Quebecers. Additionally, Karine represents our shared values of trust, modernity, boldness, innovation and accessibility,” explains Ken Hearn, Director of Marketing at Nissan Canada.

“I am proud to act as a spokesperson for Nissan Canada in Quebec. For more than a year and a half, I have had the opportunity to participate in the launch of the new Rogue and the all-new Nissan Z, among many other of the brand’s models. I also had the pleasure of participating in 100% Quebec advertising productions, each one more exciting than the other, including the latest Thrill campaign, which was an emotional experience!” said Karine Vanasse.

Watch the Thrill ad with Nissan and Karine Vanasse here.

Nissan Canada will continue to operate with this communications strategy in mind. Injecting more emotion and adrenaline into its campaigns while highlighting intelligent driving and safety technologies, the durability, reliability and power of its vehicles. Since becoming a spokesperson, Karine Vanasse has contributed to several advertising campaigns, including the Rediscovering Your World campaign with the 2021 Rogue, followed by the 2023 Nissan Z and the 2023 ARIYA.

As part of the renewed partnership, Karine will participate in Nissan Canada advertising and brand events, including activities related to the Nissan Sentra Cup, a series of races unique to Canada that take place from May to September on racetracks in Quebec and Ontario. For a complete race calendar, visit coupesentra.com.

Nissan Canada Inc. (NCI) is the Canadian sales, marketing and distribution subsidiary of Nissan Motor Company Limited and Nissan North America, Inc. The first Japanese automaker to form a company in Canada in 1965, NCI directly employs 306 full-time employees in its offices in Vancouver (British Columbia), Mississauga (Ontario) and Kirkland (Quebec). Canada has 210 independent Nissan dealers, 84 of whom are also commercial vehicle dealers, with 123 certified for electric vehicles, as well as 41 INFINITI dealers.