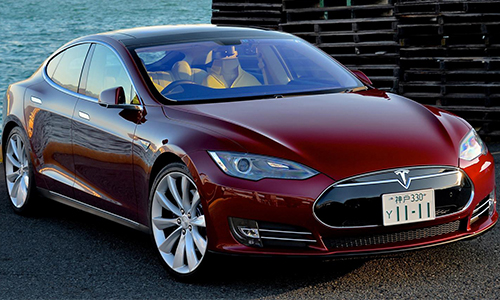 By Erin McLaughlin
Toronto, Ontario — January 2, 2018 — Nine former and current Tesla staff have claimed that over 90 percent of Model S sedans and Model X SUVs require repairs before even leaving the factory. The staff cited these numbers from Tesla’s internal tracking system as recently as October.
The employees interviewed by Reuters discussed Tesla’s “build fast, fix later” production model, describing pressure to keep the assembly line moving, regardless of issues in production. The workers noted that batches of cars are regularly sent through the assembly line with parts including windshields and bumpers missing and to be installed at a later time. “So much goes into rework after the car is done. That’s where the money is being spent,” commented a former Tesla Supervisor, who wished to remain anonymous.
According to a former supervisor, such defects seen in vehicles coming off the assembly line include: “doors not closing, material trim, missing parts, all kinds of stuff. Water leaks, you name it.” Another former supervisor commented, “We’ve been building a Model S since 2012. How do we still have water leaks?”
Various outside sources suggest issues surrounding the quality of Tesla vehicles, which may be linked to the apparent troubles with production. J.D. Power magazine and market researcher, has criticised the company on quality, noting issues such as faulty door handles and body panel gaps. Bernstein analyst Tony Sacconaghi, Jr. test drove a new Model 3 sedan earlier this month, and later wrote that the vehicle’s fit and finish were “relatively poor.”
Tesla owners have complained on web forums of rattling sounds, buggy software and poor seals that allow rainwater to enter the interior and trunk. Regardless, the satisfaction rate of Tesla owners is high, with 91 percent saying they would purchase a Tesla again, according to a Consumer Reports survey.
Tesla denied to comment on the post-defect rates cited by the employees or provide the rates. A representative did state that the quality control process is quite rigorous, designed to identify and correct even the smallest imperfections.  A representative also commented that most imperfections are minor and usually resolved in just a few minutes.
The company went on to state that every Tesla vehicle must pass more than 500 inspections and tests, and that any reworking of cars reflects the company’s commitment to quality. “Our goal is to produce perfect cars for every customer,” Tesla said in a statement. “Therefore, we review every vehicle for even the smallest refinement. Most customers would never notice the work that is done post-production, but we care about even a fraction of a millimeter body gap difference or a slight paint gloss texture. We then feed these improvements back to production in a pursuit of perfection.”
For more information on Tesla, please visit tesla.com/en_CA.