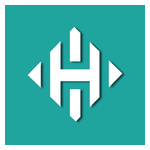 WASHINGTON–(BUSINESS WIRE)–#GetHalen–Halen is a Dutch word: verb. fetch [verb] to go and get (something or someone) and bring it.

And that is precisely what the Halen Super App will do.

A super app is essentially an all-in-one solution to the commonly known mobile application design. It manages all real-world user needs with different functions in one app. Super Apps have everything from social networking to shopping, banking services and more.

The goal is a single-app solution delivering access to various services, including rideshare, food, grocery and retail delivery, and travel and hospitality bookings, saving users time and effort connecting with otherwise different services.

As the company develops the app, investors are being sought through WeFunder to participate in the start-up phase.

Early investors have already seen the potential and have flocked to support the start-up’s vision.

Halen has been awarded just over $1 million of the $2.5 million goal on WeFunder. And the entry point is purposefully low.

“We set the investment to start at $100 per individual, to allow someone who might have never invested before or was hesitant to invest in a start-up,” said Edward Mbeche, Halen CEO. “This allows them to dip their feet in the water without breaking their bank.”

“And we like the idea of Halen being owned by the people instead of venture capitalists only,” added Mbeche.

“Even though it can be risky, early investments offer potentially high rewards,” said Kennedy Ross, Halen chief of staff. “That risk-to-reward ratio is one of the biggest reasons it’s a great idea to back start-ups by getting in early. We are happy to continue to offer that opportunity to like-minded entrepreneurs.”

And while the app will launch in the Washington D.C. metro area, he expects quick adoption in other major U.S. cities.

“Halen will also be the first and only technology company that uses a franchise model, embedding itself into local communities made up of the people who live in the area where the business is located,” Ross said. “The app will connect more than just services. It will connect people and communities in ways never before seen.”

For more information about Halen, visit their website gethalen.com