Graphene may herald the next auto material revolution 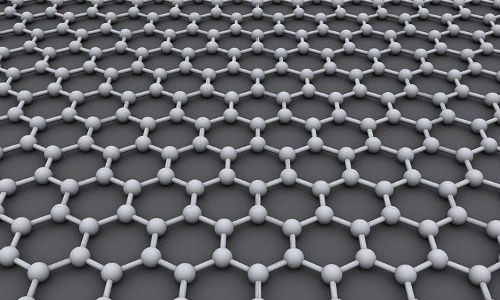 Toronto, Ontario — July 23, 2015 — Much has been written about the current battle between high-strength steel and aluminum in the auto body mix. But looking deeper into the future there is another material being mentioned more frequently, graphene, that has strong advantages over either.

Graphene is nothing more than carbon. Carbon fibre, already seen in certain automotive applications, generally consists of a fabric made of woven carbon filaments. What gives graphene its advanced, otherworldly traits is the way in which this advanced material is manufactured. Sheets of the stuff can be just one-atom thick.

Carbon atoms are well-known in chemistry for forming a wide variety of bonds with lots of different elements and with other carbon atoms. It is possible to arrange the carbon atoms to form a honeycomb lattice just one atom thick. This is graphene, literally the thinnest material ever produced. At just one carbon atom in thickness, it seems likely that graphene will hold on to the title for quite some time.

The claims of those who work with graphene are astounding. Weight to strength ratios are said to be 1,000 times beyond what steel offers. Layering grapheme over steel could result in non-rusting auto parts. The material is also extremely conductive, which makes it very useful in electronic vehicles.

The main barrier to its use has been that it’s an expensive undertaking to manufacture graphene. But in recent years advances have been made. It’s becoming easier to manufacture the stuff. Researchers started with the ability to generate graphene at the submicron size. Now it’s possible to make sheets one square metre in size or greater.

The commercial use of graphene may be about to leap ahead. Digital devices are already incorporating the material. But many are beginning to suggest that grapheme is going to find great use in the automotive industry as well.

A recent market research report suggests the market for graphene continues to grow, with “weekly technology and production breakthroughs, new investment and public listings of graphene producers.” According to the report there are now over 200 companies either producing graphene or are developing applications for its use. The report suggests some of the big target markets are, “automotive, coatings and paints, sensors, solar, oil, and lubricants.”

It’s too early yet to say when we’ll see graphene make its first forays into the automotive world as a structural or body material, but the day will almost certainly come. In any case, the dominant “repair” method will likely be component replacement, just as it is with carbon fibre.

PrevPreviousMedia Spike #14 – There is NO Failure When you Test. Only Results.
NextLive@NACE: Dr. Jody Hall on steel’s future and its ‘green’ capabilitiesNext