From Resin to Glory: Automotive coatings through the ages

In the beginning, the only paint available for automobiles was based on natural linseed oil resin.

Since then, we have come a long way from the oil resin—cured through oxidative crosslinking, which required large amounts of time for the paint to dry fully. We have found solutions to the production bottleneck, and it all traces back to the first-ever automotive paint coating, invented by DuPont Company in the 1920s.

Duco Paint, which was invented by DuPont Company significantly reduced the amount of time it took for the paint to dry going from taking days to simply hours. To speed the process up even more DuPont chemists found that if they obtained a low viscosity resin at around 15 percent solids, it could be sprayed on as a coating. This makes the paint a lacquer and allows it to dry through solvent evaporation in only 2 hours. This also improved appearance, toughness, durability and allowed for multiple colours. Although the paint was highly productive the final coat required polishing to achieve high gloss.

In the 1930s paint chemists began to wonder whether they could find a binder system for paint that could provide both productivity and the preferred appearance of a natural oil resin. From this came the first alkyd paint system. This was the first “polymer” made for coatings, as it was synthesized using three monomers: phthalic anhydride, glycerol, and linoleic acid. Alkyd chemistry continues as a mainstay of current coating technology. 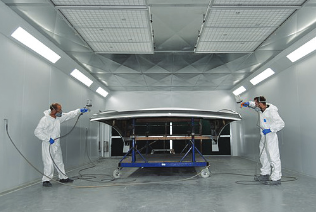 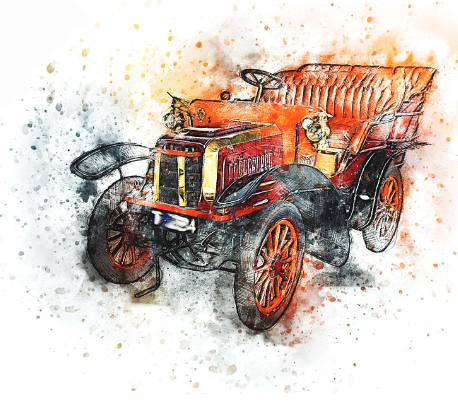 Automotive coatings saw further growth by the 1950s. Rohm and Haas Co. had just developed a new synthetic polymer as a glass replacement based on poly methyl methacrylate, and the industry began to investigate whether that technology could be used in coatings. This would go on to be the first all man-made resin technology to be used in automotive coatings.

Thermoplastic acrylic resin technology would then go on to dominate the automotive topcoat market in automotive coatings for two decades. This coating however, needed to be sprayed on at relatively low solids of about 20 percent. This meant that multiple coats of the topcoat had to be applied to reach the desired film build of about two mils.

It did, however, provide an excellent binder system for the newest pigment colourant technology- metallic pigments. The metallic pigments provided brilliant, shiny car colors that enhanced the car body. To achieve the best visual effects the pigments must align parallel to the painted surface. The rheological profile of an acrylic lacquer paint is perfect to obtain this effect: a low initial viscosity to allow the metallic flakes to lay flat, and a fast rise in viscosity to keep the flakes in place.

This technology had such a strong advantage that by the 1960s General Motors painted almost every car with acrylic lacquer topcoats. 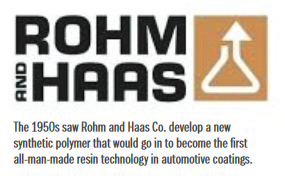 Up to the 1970s, one of the biggest issues in the automotive painting landscape was the rusting of the automotive body. In the ’70s, coating advancement finally solved this issue.

It was electrodeposition primers, commonly known as “e-coat” that solved the problem. The first automotive electrocoat was developed by Dr. George Brewer at Ford in 1957, however there were drawbacks in the technology at the time and it wasn’t until 1973 when PPG industries introduced the first cathodic e-coat system from automotive bodies that it was used. These coatings essentially stopped the automotive body from rusting making it one of the biggest breakthroughs in automotive coatings technology.

These coatings are applied in a unique way by totally submerging the assembled car body in a large tank that contains the waterborne e-coat and then the coat is applied through cathodic electrodeposition. The coating chemistry is waterborne enamel based on epoxy, an amino alcohol adduct, and blocked isocyanate, which all crosslink on baking to form an epoxy-urethane resin system.

Electrodeposition is known for delivering one of the most effective coatings for corrosion protection. Today, almost all cars use e-coat technology as the foundation of their coating system. E-coat provides excellent corrosion protection, but it does have two flaws: inadequate appearance and poor photostability. The solution to these issues is new enamel automotive primers that were developed in the 1980s. 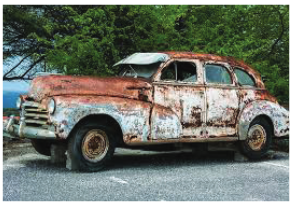 In the 1980s, primer surfaces were created to be applied to cured e-coats to give a smoother surface for improved topcoat appearance. They also provide opacity to protect e-coat primers from UV degradation.

These primer surfaces also often provide better impact resistance to help reduce stone chipping of the coating. The combination of electrocoat plus primer-surfacer provides a total automotive primer system with impressive corrosion protection and a great surface for a top coating.

This then led to basecoats and clearcoat topcoats which also had their drawbacks, such as their weak exterior durability. It would only take one to two years of exposure for the coatings to begin to degrade and waxing would be needed to bring back the shine.

By now, consumers were expecting their cars to last at least five years.

This is also when the Environmental Protection Agency began to promulgate new volatile organic compound (VOC) regulations that limited the amount of solvent that an automotive facility could emit into the atmosphere. The high VOC content and weak durability of acrylic lacquer coatings were no longer acceptable in the automotive marketplace. Instead, a two-layer system was created that consisted of a base coat that contained the pigments to provide the beautiful colour effects and then a clear polymer coating layer that protected the basecoat.

Both the basecoat and clearcoat were enamels, based on hydroxyl-functional acrylic resins crosslinked using melamine, a crystalline compound made by heating cyanamide and used in making plastics. This had advantages as it reduced solvent content was achieved given the lower molecular weight of the hydroxyl- functional acrylic resins and low-viscosity melamine crosslinker. It also allowed the coating to cure to a high crosslink density on baking to provide better properties, and the unique base coat layer allowed the use of even more effective pigments by colour stylists.

Finally, the clear coat layer was formulated to provide both better appearance and the ultimate in protection for the coating system below. It was these basecoat/clearcoat systems that were able to achieve a balance of properties for the automotive coating system that provided stunning visual appearance as well as long term durability. 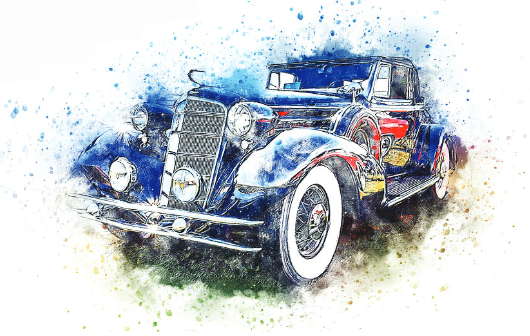 The use of waterborne basecoats began in the 1990s. These coats came from water-reducible acrylics and polyesters to acrylic latexes, to polyurethane dispersions, but the common point is the use of water.

The idea behind using waterborne technology is to accomplish lower VOCs and reduce the environmental footprint of the coating process. However, those are not the only benefits; waterborne coatings can also provide improved appearance and metallic effects. During the 1990s many automotive coatings, using new cross-linking chemistries, were invented.

Clearcoats specifically have been a focus for these new chemistries in addition to the original acrylic resin/melamine systems, there are now acrylic/silane/melamine, acid/epoxy, carbamate/melamine, and acrylic/isocyanate systems. Important new properties for clear coats can be achieved with these new cross-linking chemistries, improved appearance and durability, better acid etch resistance, and scratch and mar resistance.

At the turn of the millennium, the main focus of automotive coatings became efficiency.

After being asked by OEM manufacturers to attempt to reduce this footprint and cut the cost of applying the coating system, paint formulations developed coatings that could be applied more efficiently, in fewer steps, and with a lower energy requirement.

This 3-Wet application method reduces the footprint of the coatings line, shortens the time of the painting process, and saves energy costs. All removing the stand-alone primer booth and oven, which creates significant savings without wrecking the quality.

The way we paint cars over the years has definitely changed dramatically going from time-consuming short-lasting paint jobs to time effective long-lasting paint jobs that not only make our cars look great but help protect against damage that can be done to a car from hail, salt, rain etc.

From resin to e-coats and today’s top primers, we’ve come a long way in automotive coatings over the years. And, if one thing is for certain, the automotive industry never stands still. The next five decades could see even further advancements, and this magazine can’t wait to see where we go next. 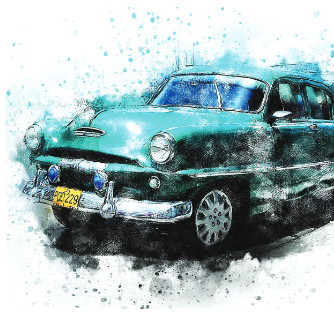