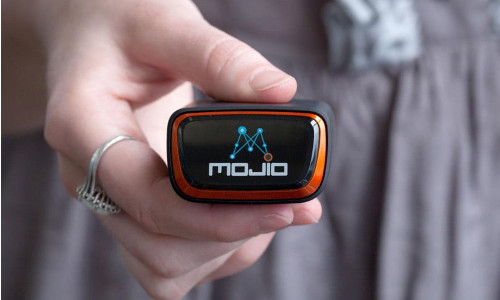 Toronto, Ontario — December 22, 2017 — In this week’s edition of Friday Fun, the importance of up-to-date shop surveillance, fitbits for cars, the sharp reduction in safety-rated vehicles, and much, much more.

– A chat with a tech reporter on the local Toronto CBC radio station suggests that one of the popular gifts this Christmas season are devices that hook older cars up to the internet. These devices are like a “fitbit” for cars, and they use telematics technology. A dongle fits into the OBD port on a vehicle. An app on the owner’s smartphone then collates and presents driving data. Some of the devices even estimate repair costs when maintenance issues are identified. The market has been flooded with various brand names in this space, among them Drivebot, which, according to the company, “… works with your car’s OBD-II port… available in most cars sold since 1996. [And will] connect your car with a smartphone (iOS or Android) via Bluetooth.” Another brand name is Dash, which, “… offers real-time feedback on your driving, trip logs, access to vehicle diagnostics… [and] a map showing where the cheapest gas is nearby, and even social features.” Dash sells for $69. But generic devices can be found on Amazon for just $10. Mojio is a Canadian brand name in this field.

– This is a fun video clip from then “catastrophic failure” section of the popular website Reddit. It’s hard to say when it took place (the late 70s, early 80s, perhaps?), but someone installed a rocket engine and some clearly inadequate fins on a Ford. A massive ramp was built. The car attempted to make it across a mile-wide river. It didn’t happen. Not even close.

– In an attempt to crack down on distracted driving in the province, the Ontario Provincial Police (OPP) have built a customized “sprinter” van that is unmarked and has a high floor in the back. The customization allows police to ride up high and look down into vehicles, allowing the OPP to catch people texting while driving. As one media report puts it, “Police fully admit it’s a sneak attack, a stealthy way to creep up on unsuspecting drivers and catch them with a phone in one hand, the steering wheel in the other… The tactic is simple: The van creeps up behind drivers on the left side… One officer drives the van. The other operates from the backseat on the passenger side, peering through the tinted glass to see whether the target driver is paying attention, or looking at their phone.” Said an OPP source, “In the Sprinter van, they don’t expect us. It gives us a great vantage point. We can look right in the vehicle because we’re high up and they can’t see us.”

– One unanticipated effect of the new rideshare companies popping up in North American cities – reduced demand for accidents. Ambulance rides can cost hundreds of dollars for uninsured people in the US (there are charges for ambulances in Canada as well). A new study from the University of Kansas studies ambulance usage rates in 766 US cities from 43 different states. Whenever the ride-sharing service enters a new city, “… per capita ambulance usage rates by around seven percent.”

– After just one year, Montreal is pulling out of the electric race car-based Formula E series. The new mayor of Montreal looked at the numbers and decided the event would not run again in the city. The event took place last summer. But according to a report from CBC Montreal, “…it was clear in May that it was heading toward a financial fiasco – surpassing the $10 million line of credit provided by [the city].” Appropriately, Hydro-Québec sponsored the race, but had, “… already decided to back out as the event’s main sponsor, saying not enough people attended the inaugural edition or watched it on television.” Television viewership was 40 percent of the goal, and only 45,000 people attended (expectations were for 90,000 race fans). Unsurprisingly, it seems watching electric cars whine around a course is not as exciting as the roar of hydrocarbon-powered cars.

– The Insurance Institute for Highway Safety (IIHS) recently announced its 2018 Top Safety Pick award recipients. In what is a major shift in the results, only 15 vehicles qualified for the highest Top Safety Pick designation. This compares to 2017 when there were 69 Top Safety Pick vehicles. The reason for the difference: The Institute decided to include results from what is called the “passenger-side small overlap front test” in the final results this year. This test determines how well the passenger side holds up in a test. Apparently manufacturers have reduced protection on that side (in relation to the drivers side) as a way of reducing cost and weight. According to one report on the IIHS results, “… automakers had been skimping out on putting adequate protection on the passenger side of the car. A source with IIHS was quoted as saying, “Drivers expect that their passengers, who are often family, will be protected just as well as they are. Manufacturers have been taking this issue seriously since we first shed light on it, and we’re confident that good small overlap protection will become the norm on the passenger side, just as it has on the driver side.”

– Federal Transport Minister Marc Garneau made an appearance last week to highlight two new initiatives the government will roll out in the new year – electronic stability control and mandatory electronic logging on heavy trucks. According to the Toronto Star, “The electronic stability control technology is required on new truck tractors and heavy buses sold in Canada. This technology – present now on many new cars – helps reduce collisions by improving directional stability and preventing rollovers… In a regulatory document published earlier this year, Transport Canada estimated there were an average of 2,810 truck collisions that involved a rollover or loss of control. Of those, 889 caused injury or fatalities.”

A report released by the ministry this past June states that “Electronic stability control will help a driver maintain control of the vehicle during emergency manoeuvres, such as swerving or braking to avoid an obstacle or cornering on slippery surfaces… The department’s cost-benefit analysis of the initiative found it would prevent up to 30 collisions a year.” According to the article in the Toronto Star, “The move has the support of the trucking industry, which says the new technology activates to prevent a crash, often before a driver is aware of the situation.” Garneau also discussed Ottawa’s push to implement, “… mandatory electronic logging devices for the commercial drivers of federally regulated motor trucks and buses… The tamper resistant devices – synced with a vehicle’s engine – automatically records a driver’s driving time and will allow for better record-keeping and improved enforcement.” The story goes on to say that new trucks and buses sold in Canada will have to include crash-avoidance technology and that electronic stability control technology on school and heavy buses will become mandatory in June. Trucks and buses will be required by 2020 to have electronic logging devices so, “… commercial truck and bus drivers don’t spend too much time behind the wheel, risking driver fatigue,” according to the report.

-The owner of a Los Angeles collision repair centre reaped the benefits of modern security systems this past week. A report from the Los Angeles Daily News notes that two men were arrested on Monday burglarizing the Auto Stiegler Certified Collision Repair and Service Centre. The owner was alerted to the presence of the pair by his surveillance system. He was able to observe the robbers on his smartphone as they went through the shop. He called police who managed to capture the two in the act. The suspects were apprehended about 4 a.m. The auto repair business caters to Mercedes-Benz owners and was well-secured with a remote monitoring system, according to the report. “They can view their property from any part of the city,” an LAPD officer was quoted as saying.

– For anyone who ever thought the UK insurance industry is overgrown, a recent story from across the pond should confirm that. A report from the Daily Mail tells the story of a driver who had their car seized by police on their way home from work because their insurance did not cover commuting. Apparently UK insurance contracts can differentiate between a vehicle used for commuting and one only used for “pleasure” driving. According to the report, “All drivers must specify whether they are using their vehicle to commute to work when taking out insurance policies, according to Motor Insurance Bureau (MIB, a group that works with police to crack down on insured driving.” Local Twitter users were not impressed with the authorities and posted to the local police account. According to one, “Clearly as busy day at the office… Embarrassing really isn’t it.” Another added, “Merry Christmas to you too, keep up the important work.”