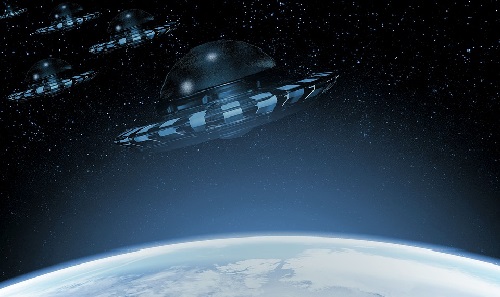 By Jeff Sanford
Toronto, Ontario — March 2, 2018 — In today’s Friday Fun: a UFO injures a mechanic, 420 – the most dangerous day to drive; a loophole in the laws around auto data; China’s new auto manufacturer takes shape and much, much more!
A truly bizarre accident occurred in California last week. A driver lost control of her vehicle while driving through Chula Vista and hit two parked cars before veering into an auto repair shop, before crashing into an elevated lift. According to a local news report an “unknown object” flew from the lift. A mechanic sustained a moderate injury when he was struck by the UFO. The woman was not suspected of driving while drunk. http://bit.ly/2ou8ra4
A study from UBC finds that the number of U.S. traffic fatalities rises dramatically on the day marijuana smokers celebrate. April 20th, or, as the kids say, “420” sees traffic fatalities spike a remarkable 12 percent. The lead author is quoted as saying, “This was such a great natural experiment to examine the risk of cannabis intoxication… The simplest explanation is that some drivers are impaired by cannabis use, and these drivers are contributing to fatal crashes. There should be very clear messaging to the public: don’t drive high.” bit.ly/2EcM1zO
Another study finds British drivers spend more than a day parking their car each year. According to scientists, the, “… average motorist uses 26 hours trying to find a space to leave their car… A third (37 percent) of motorists say they end up circling endlessly around car parks and five per cent even admitted that they give up and go home if they can’t find the right space.” And that “… one fifth have damaged their car whilst parking, with men more likely than women to ‘prang’ as they pull up. Parking with an audience seemed a pet peeve of some, as 21 per cent said that they hated parking with a partner in the car with them.” http://dailym.ai/2BUoFR6
New Zealand is holding up a massive shipment of Japanese cars because of an insect infestation. According to a news report, “Three cargo ships carrying imported cars and machinery were refused entry at New Zealand ports this month after they were found to have hordes of [stink] bugs aboard.” Apparently, stink bugs are a major threat in New Zealand. The country is very careful about keeping invasive species off its islands. But New Zealand no longer manufactures cars. The three ships from Japan are carrying more than 10,000 new and used cars. “In my 15 years in this role, and probably 30 years involved in this industry, I have not seen anything which is as serious as this,” said the CEO of New Zealand’s Imported Motor Vehicle Industry Association. He had to flew home early from a family vacation to deal with the crisis. http://cnnmon.ie/2BEwquw
Prepare to begin repairing and replacing 48-volt electrical systems on cars. The standard 12-volt systems that have been in use since the 1950s, but the system needs to be updated for the new era of digital cars. A story in the auto trade press this week reports, “Earlier proposals to take cars to a 42-volt standard fizzled for cost reasons, but recent regulatory developments and the hardware that will one day make autonomous cars feasible have reignited the urgency…” The larger electrical systems would benefit for vehicles that have hybrid systems. These systems would also support the many computers now running on cars. A couple high-end vehicles already utilized such 48-volt systems, namely the Porsche Cayenne and Bentley Bentayga SUV. One of the features on the SUV involves anti-roll bars that keep the car body level to the ground even during hard cornering. The 48-8 volt system is necessary for that.
Many say the car industry is undergoing its biggest upheaval in the history of the industry as a result of connected cars. But an article on Bloomberg.com this past week suggests a much bigger market upheaval is on the horizon. Last Friday Bloomberg reported that it had emerged that Li Shufu, founder and chairman of Zhejiang Geely, China’s larges OEM, has a 9.7% stake in Daimler AG. That company can trace its heritage to Benz, and is now merged with Chrysler. The USD $9 billion stake that Li has accumulated represents the biggest investment by a Chinese company in an overseas auto OEM. Geely already owns Volvo Cars AB, London Taxi and Lotus. China’s car market has eclipsed that of North America. In a recent month there were 2.8 million cars sold in China, and the rate of growth was accelerating. That same month there were just 1.15 million vehicles sold in North America. Li is attempting to create a Chinese auto manufacturer to compete with major global OEMs like Volkswagon, Toyota and General Motors. According to Bloomberg, “With a net worth of $13.8 billion, Li’s investment represents the most ambitious move yet for Li Shufu in quest to create global Chinese automaker.