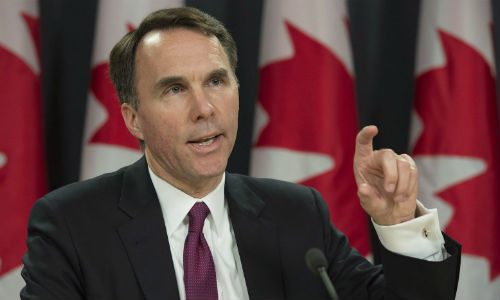 Peterborough, Ontario — March 24, 2016 — The latest federal budget included more funding for job creation and skills development, but some collision repair facility owners say it’s not enough. They are calling for more training facilities and incentives for both business and students to help increase the workforce.

The funding in the 2016 federal budget includes an additional $125 million in 2016–17 for Labour Market Development Agreements and an additional $50 million over the same period for the Canada Job Fund Agreements. The money is earmarked to help underemployed and unemployed Canadians access training to develop skills and pursue opportunities. However, it doesn’t do enough for the automotive industry, according to Brett Byers, owner of Maaco Collision Repair & Auto Painting in Barrie, Ontario. He says there is still a lack of incentive for young people to study auto repair, resulting in a smaller workforce.

“The federal government has to get people to want to be in the business; want to be doing collision repairs. The problem is there are not enough tradespeople out there,” he said.

Byers added he doesn’t think people are educated enough regarding the extent of renumeration and opportunities in the industry. Too few training facilities, little help from the government to train apprentices and the fees associated with keeping training up-to-date is deterring people, he said. Collision repair facilities in other parts of Canada are facing similar challenges.

CSN-Koughan Auto Body in Donagh, Prince Edward Island, is a family run collision repair facility and has been in business since 1977. Dave Koughan is the current owner and bought the business from his father in 1990. Koughan says his technicians have to travel off the island to receive training. He notes that this is an expense and an inconvenience to both the shop and the technicians.

“Locally, we used to have a training school a lot closer, now we usually have to go St. John, New Brunswick, for the training,” said Koughan. “It’s challenging to get young people interested in this trade, mainly because there’s a lack of incentives for them from the government or elsewhere.”
Ron Mellson is the owner of Cowichan Collision in Duncan, British Columbia. He’s experienced similar challenges in accessing training opportunities.

Cowichan Collision has been in business for over 50 years and was opened by Mellson’s father. Mellson said there used to be a big collision repair training facility at Camosun College on Vancouver Island. Now the program has shut down, forcing Mellson to send his technicians off the island for training.

“We need some assistance to get these people to these places and the technical schools. For us on the island, we have to send our techs to Vancouver for a month. There is a lack of training facilities. For us to send a tech to Vancouver for a month, he’s on employment insurance and has to find someplace to live. It’s a lot of expense,” said Mellson.

Some business owners were hoping the budget would include tax break for small businesses. A prior Progressive Conservative commitment to lower the small business tax to 9 percent was not followed through by the Liberal government. Instead, the rate has been fixed at 10.5 percent on the first $500,000 of active business income and additional cuts are being deferred indefinitely.

“I’m disappointed. They promised more for small business than they delivered,” said Koughan.

Koughan added he believes small businesses are an essential part of the economy, but are sometimes overlooked.

“I think small businesses are crucial to the local and Canadian economy,” he said. “Perhaps more attention should be paid to promoting small business.”