Toronto, Ontario — If you are trying to get leaders in the auto repair sector together to discuss the issues they share, you will have to overcome four big challenges.

First, that the day-to-day involvement of the guests in the collision business will vary wildly. Second, that it is very difficult to highlight the topics where the sector is in basic agreement without addressing issues where it remains divided. Third, that the event itself must stand out in a sea of similar events. Fourth, that business-focused events must walk a thin line between being informative and entertaining.

In January, the Canadian Collision Industry Forum organizers had to address all four of these major challenges in preparing CCIF Toronto.

They hit a grand slam.

Here is the play-by-play.

On first base, the challenge of keeping the event relevant to all attendees.

The common ground between conference guests often looks more substantial on a nametag than in reality. The actual duties performed by individual shop owners, managers and senior staff members vary wildly—just as their businesses do.

Banner facility owners do not worry about managing public relations or producing in-house marketing materials—so it is going to be tough to get them to sit through panels covering those issues. Representatives of larger, rural facilities are unlikely to be drawn in by discussions about remaining efficient in a small working environment, just as smaller ones are unlikely to care about how to double the size of a facility. Nor will panels about appeasing private insurers going to hold any value to businesses that deal almost entirely with public insurers.

So how did CCIF Toronto’s organizers work there way through the first base–making it relevant to all attendees.

They let people pick-and-choose what presentations they wanted to attend, and made sure there was plenty to do if one topic wasn’t particularly appealing.

Unlike many industry events featuring both a tradeshow and a series of speakers, CCIF attendees could easily go back and forth between the two rooms–without raising scandalized eyebrows.

On second base: the fact that what is good for one auto repair facility isn’t always good for another.

While the premise of industry-wide conversations is almost always meant to be addressing shared challenges, it is impossible to avoid wedge-issue conversations. And the auto repair sector is full of wedge issues.

In conversations about relations with the towing industry, smaller-scale providers and larger facilities are unlikely to find common ground. In discussions about the value of rival accreditation systems, businesses that have invested in one option will naturally lock horns with those invested in another.

Here, the CCIF organizers were particularly clever. Rather than just avoiding potentially controversial issues, they invited a speaker able to discuss the underlying currents of the industry without igniting debate. By sticking to the facts, IBIS CEO Jason Moseley provided a clear picture of the state of the industry around the world—without making judgments about individual business practices.

On third base—the challenge of planning presentations months ahead in a fast-changing industry.

Time changes all things—and in the collision sector, it does so very quickly. Any discussion topics planned too far in advance may age out of relevance.

Just eighteen months ago, the MSO Symposium hosted a series of lectures in Georgia that—at the time—were filled with new revelations about the direction of the industry. Today, those revelations are old news.

Finally, we arrive at home base—which is, in this metaphor, the challenge of having any particular industry event stand out.

When the split between the SEMA Show and NACE Automechanika occurred, and one event was held a couple of months earlier than the other, many repairers complained of being hit by an overwhelming feeling of deja vu in the second conference.

Fortunately for CCIF Toronto, NACE Automechanika did not happen last summer, and the SEMA Show was less relevant to repairers than in previous years.

Even had the other major conferences left a lasting mark on the audience, CCIF Toronto would still have been able to hold its own.

Why? Because it takes itself seriously, but not too seriously—a good policy for anyone or anything.

Where other events have mind-boggling production values, scantily clad product-pushers, and overwhelming crowds, CCIF has a sensible venue.

Its walkable tradeshow floor features the products relevant to repairers, with company representatives chosen for their understanding of the products.

Where some events arrange for only the most serious speakers to discuss the soberest of subjects in with the most sensible of words, at CCIF, jokes—and audience engagement—are the expectation.

Collision repair pros are, after all, people—and people learn far more from teachers than textbooks.

Toronto, Ontario– If a leading theory about industries going through periods of consolidation is true, the collision repair sector might 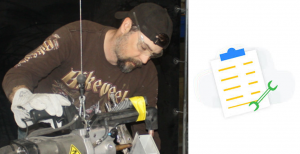