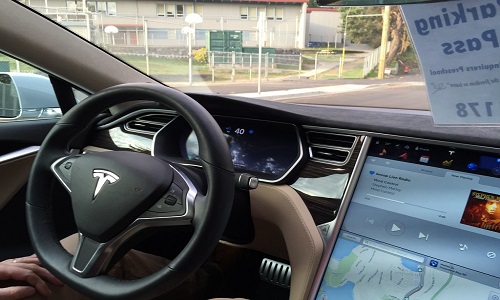 Although AV’s have already begun to be tested on open roads, drivers seem to not know much about them, and according to the Insurance Institute for Highway Safety (IIHS), the misuse of autonomous vehicles could be dangerous.

“However, unless drivers have a certain amount of knowledge and comprehension, these new features also have the potential to create new risks.”

IIHS conducted a poll earlier this year, presenting drivers with situations regarding autonomous vehicles, and asking them, “is it safe?”

48 per cent of people polled thought it’d be safe to take their hands off the wheel while using Tesla’s Autopilot. It’s not safe at all.

Another survey revealed that 34 percent of the polled drivers would take a call, 16 percent would text, and 6 percent would nap behind the wheel, as long as Tesla’s autopilot was on.

Tesla defended their customer’s confusion by stating, “Tesla provides owners with clear guidance on how to properly use Autopilot, as well as in-car instructions before they use the system and while the feature is in use. If a Tesla vehicle detects that a driver is not engaged while Autopilot is in use, the driver is prohibited from using it for that drive.”

Despite the guidance, there has still been misuse of the vehicle. A video went viral in 2016 of a man sleeping at the wheel of their autonomous Model S.

In order to combat future self-driving car confusion, CAA released an online tool called Connected and Autonomous Vehicles that provides drivers with information about the level of autonomy in vehicles, as well as potential risks that come with the technology.

“The transition to autonomous vehicles will likely happen gradually,” said Jeff Walker, the chief strategy officer at CAA National. “In the long run, AVs will save lives since collisions will be much fewer and far between, and they will allow seniors or others with limited mobility the opportunity to regain independence.”

For more information on the future of autonomous vehicles, visit caa.ca/autonomous