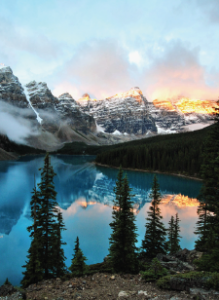 CSN Black Ace is where the national title winner of 2021 Skills Canada postsecondary car painting competition honed his craft. Dorien Lozeau took first place in the Skills Alberta’s provincial competition and followed it up by winning nationals as well. Like some of the most admired champions across any discipline, Dorien is completely unassuming and genuinely humble about his performance.

“After provincials I wasn’t really sure what to expect but when I found out I thought well that’s pretty cool,” Lozeau said. “At nationals, I had no idea how well I did versus the rest of the competition since I couldn’t see their work but when I got the call and found out that I won it hit me and it’s such an awesome feeling.” CSN Black Ace is known in the community of St. Paul, Alberta for their outstanding collision and auto body repair work, says the banner.

“We’re really proud of Dorien and it doesn’t come as a surprise that he won. We know how good he is,” said CSN Black Ace owner, Corwin Robinson. “He works hard, he has a passion for the industry and for his craft and that’s what makes him so valuable to our team. He’s self-motivated.”

The 2020 Skills Canada competition was postponed due to the pandemic and the event this year was completed virtually while the entrants participated from their own classrooms accompanied by a proctor. Planning the event to allow for a level playing field amongst the entrants was especially challenging.

CRUSH IT IN CALGARY

The CRASH IT tournament began in 2002 as a social event for people in the collision repair industry. It has now evolved into a great day of fun on the course for over 100 industry professionals every year.

Proceeds from this year’s tournament will be donated to ALS Society of Alberta. “This year will be better than ever! Entry will be on a first come first serve basis. Space is limited, we encourage you to get your registration and payment in as soon as possible,” says the tournament’s website.