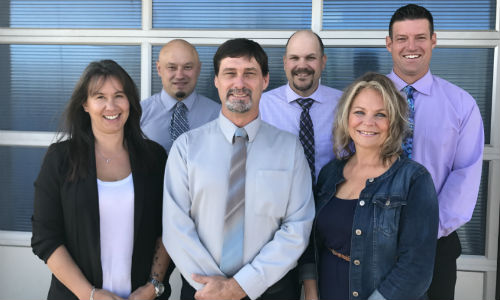 Prince George, British Columbia — October 2, 2017 — Craftsman Collision has expanded its portfolio of shops with the acquisition of Jack Schultz Autobody and Queensway Autobody.

Former Jack Schultz owner and President Lee J. Leslie will remain as Shop Manager of Jack Schultz Autobody. In addition he will take on the role of Regional Manager in Northern BC for Craftsman. Queensway’s shop manager, Mirsad Mujcin, will retain his position alongside all existing Queensway and Jack Schultz staff.

Mujcin said the new ownership gives his shop the “tools to do even better.”

“Craftsman has access to the best systems, training and technology. Our technicians and painters and I are looking forward to getting many of these systems into our shop,” he said.

Speaking of the acquisition, Leslie said: “I’ve always admired Craftsman Collision and for some time it [has] been my goal to become part of the Craftsman family. Like us, Craftsman is a family-owned business. President and owner Bill Hatswell runs the company with the help of his two sons, Rick and Greg, and his daughter Melanie, who are every bit as dedicated to excellence as we are. If they weren’t, we would never have joined them.”

Rick Hatswell, Craftsman’s Chief Operating Officer, said the company has developed a “significant presence” in the Lower Mainland, and while it still looks for opportunities in the area, Craftsman has also turned its attention elsewhere for growth in the province.

“Prince George is a thriving northern community, and an important step forward for us. I can’t wait to show the people here what we can do,” said Hatswell.

Alongside all Craftsman BC Shops, the Prince George locations will offer customers the opportunity to take advantage of the company’s exclusive Air Miles rewards program. Card holding members will receive one reward mile for every $15 on their entire claim, with no charge to join the program.