Toronto, Ontario — Despite all the talk they tend to generate throughout the auto industry, the modern electric vehicle is nearly dead silent when traveling the roads—a characteristic that is leaving many blind and partially-sighted pedestrians feeling more vulnerable than ever.

First reported by the CBC, a proposal put forth by Transport Canada in April 2021 would require automakers to integrate pedestrian warning sounds into their electric vehicles (EVs).

Many members of Canada’s blind community have voiced support for the proposal, which is expected to come into effect in 2023, but wish to see the sound emitted from EVs become standardized.

Aside from certain minimum standards, Transport Canada’s proposal specifies that “manufacturers would be free to choose what type of sound they apply to their vehicle.”

The U.S. and the E.U. already have laws in place that require EVs to generate sound when traveling at low speeds.

Regulatory affairs manager for the Canadian National Institute for the Blind (CNIB), Lui Greco said blind and partially-sighted people rely on the sound from vehicles to help situate themselves on the street.

Greco said that with traditional combustion engines, “you can hear the car go; whether it’s stopped moving, slowly accelerating.”

He says that a signature sound for EVs would make a substantial difference for the safety and comfort of blind or partially sighted pedestrians.

“City streets are busy, noisy, hectic environments…so it’s essential that whatever sound an electric vehicle makes as it’s slowing down or speeding up is identifiable,” said Greco.

There is disparity in technology when it comes to pedestrian alert systems, as some vehicles of recent model years are equipped with them, and some are not.

Mark Cayer, a member of the Electric Vehicle Council of Ottawa and owner of a 2018 Volkswagen e-Golf, recognizes that most people never hear his car coming, so he does whatever he can to make his presence known to pedestrians, like turning up his radio and rolling down his windows.

“For people who are hard of sight, people who are blind and walking … it’s possibly very dangerous to not be able to hear the car at all,” said Cayer.

“I’m always watching for pedestrians and watching for people coming up on a bicycle from behind. I’m cognizant of the fact that they really can’t hear me.”

Cayer said he also feels that EVs should be mandated to emit sound at low speeds.

Paul Camire, on the other hand, drives for Uber in a 2017 Chevrolet Bolt EV that is equipped with a low-speed alert speaker.

“Under 20 kilometres an hour, it sounds like a shushing sound,” he said.

Camire said he turned the function off in his vehicle because the sound bothered him, but suggested that alternatives like less startling pedestrian horns be built into vehicles.

“I really, really like that concept and I wish more cars would have just adopted that instead of the mandatory noisemaker,” he said.

Greco says this sort of bargaining with safety hearkens back to the debates of early vehicle safety features.

“We had the same discussion when seatbelts became mandatory,” said Greco.

“The lives of pedestrians and other vulnerable road users could be compromised by them simply choosing to turn off their [pedestrian warning] system.”

Ottawa is on-track to be the first city to require pedestrian warning sounds on e-scooters and Greco says he hopes regulators seek feedback from the blind community during the initial introduction of these regulations. 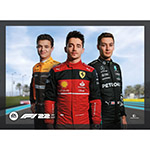