Not Ford But Foss: The tale of Canada’s first gas-powered vehicle, the ‘Fossmobile’

Sherbrooke, Quebec — George Foote Foss was the first in Canada to invent his own gasoline-powered automobile in the spring of 1897.  He was only 21-years-old and called his masterpiece, the “Fossmobile.”  “We grew up listening to my grandfather and father tell stories of the ‘Fossmobile,’ and it was just something my whole family grew-up […]

Remember the Name: Nominate the next inductee into SEMA’s Hall of Fame

Diamond Bar, California — On Jan. 26, 2021, SEMA announced that they are now accepting nominations for the Hall of Fame award.  SEMA established the Hall of Fame award in 1969 to honour the outstanding persons in the automotive specialty industry whose creativity, dignity, integrity, industriousness, and accomplishments, on a national basis.  “It is designed […]

Toronto, Ontario — Paul McCarthy, president, and COO for Automotive Aftermarket Suppliers Association (AASA) has been awarded the 2020 Outstanding Leadership Award in honor of Jack Creamer by the Automotive Warehouse Distributors Association (AWAD). The award is considered as the automotive aftermarkets’ highest honor, and was presented on Mon., Nov. 16, 2020, during a virtual […]

Burnaby, British Columbia – The mid-70s saw the start of the Lebanese Civil War, which was around the time Salim Abu-Ata was running a successful Fiat dealership in Beirut. Salim knew once rumours of a civil war came to a head, he would have to leave his business to ensure his children’s safety. In 1979, […] 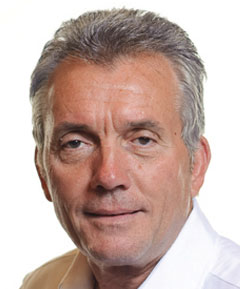 What drew you to the Collision Repair Industry? I needed a job and loved the business and the people Years in the Industry? 51 years Do you still work in the industry? : NO What is your current position? If no, why not? If retired, when did you retire?: President and CEO of Mercanti Management […]