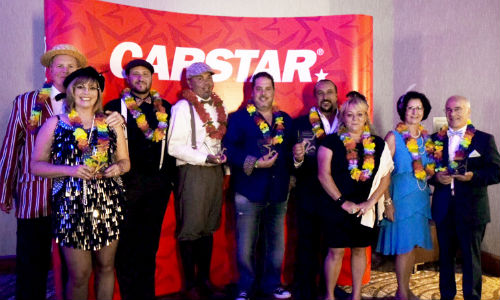 Hamilton, Ontario —  October 3, 2016 — CARSTAR Canada has announced its 2016 President’s Club winners for the year. The award recognizes the network’s best performing stores for 2016.

CARSTAR stores from across Canada were selected based on specific criteria and data including annual sales and customer service measurements which fall within CARSTAR’s four pillars of brand, systems, metrics and compliance.

President’s Club winners were formally recognized at a Gala Awards Dinner which took place at CARSTAR’s annual Industry conference in Charlottetown, PEI. For more on this, please see “CARSTAR unites as ‘1’ at 21st annual conference.”

The winners of the President’s Club award have just returned from a four day retreat where they spent time with winners from other parts of Canada and CARSTAR President Michael Macaluso.

Rick Francoeur is the co-owner of CARSTAR Abbotsford and the President’s Club winner for Western Canada.

“We’re thrilled to have won this,” he says. “CARSTAR is one of North America’s largest and most respected collision organizations, and to be named as the top stores in our class in Western Canada is a tremendous honour and the result of years of hard work by our team.”

The 2016 President’s Club winners are:

“I would like to personally congratulate the winners of this year’s award,” said Macaluso.  “I’m honoured to host our winners each year and am continually amazed by the sheer determination that each of them share to be the best.”